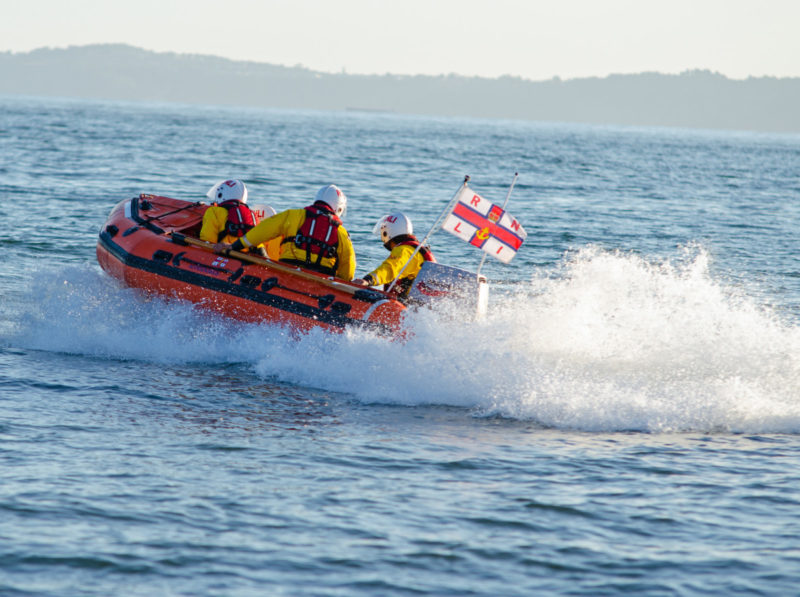 Yacht runs aground then paddleboarders get into difficulty

Two people on board a 30ft wooden fin heeled yacht that ran aground on the River Exe near Topsham are safe after being helped by Exmouth's RNLI.

The town's inshore lifeboat, called George Bearman II, led by helm Harry Griffin and volunteer crew Guy Munnings and Charlie Allen, arrived at the scene shortly after being called by HM Coastguard at 12.17 p.m. By this time, the vessel was firmly aground and its occupants were taken to shore at Topsham, before the lifeboat headed back at base. The whole operation took about 90 minutes.

Not long after, members of the crew noticed two paddle boarders apparently in difficulty off Exmouth beach, with one person struggling in the water against the tide.  The Inshore lifeboat immediately launched again at 2:09pm and reached the casualties about a minute later.

No one was reported injured at either shout. Helm Harry Griffin says: “Tide times and heights vary considerably and it is essential that water users make themselves aware of this important information before they set out on the water. Strong currents running out to sea are common on our coastline and again I would emphasise the importance of seeking proper safety advice before venturing out.”