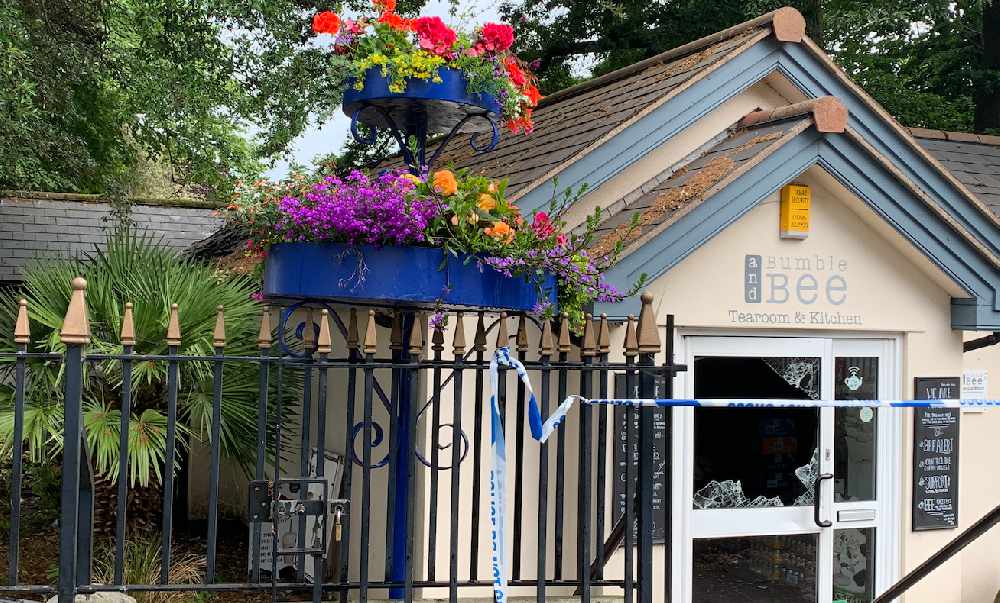 Bumble and Bee blaze is suspicious

A large part of the roofspace at a tearoom near Exmouth seafront has been destroyed by fire in the early hours of Wednesday morning.

The Bumble and Bee Tearoom & Kitchen on Alexandra Terrace is a popular venue in Manor Gardens between the beach and town centre. For many years the building housed Exmouth's Tourist Information Centre, but it has been running as a successful private cafe for many years. The owners also operate Bumble by the Sea at Orcombe Point.

Two fire engines from Exmouth and one from Middlemoor, as well as an aerial ladder platform from Danes Castle in central Exeter, were all sent to Alexandra Terrace just after 3 am. They called more more crews from Topsham and Sidmouth. A command support unit from Hontion and an incident support unit from Bovey Tracey attended too.

Within two hours, the fire was out and the six crews cut back to just one pumping appliance. That didn't take too long, and the scene is now in the hands of police. The cause of the blaze has not yet been determined. Scene of crime officers will be attending on Wednesday morning. Early indications are that the fire may possibly have started outside.

it comes three days after another fire nearby. On Sunday, fire crews extinguished a blaze at a shop in a three-storey building on the Parade in Exmouth. That's being treated as arson.