Exmouth's lifeboat ramp to be fixed 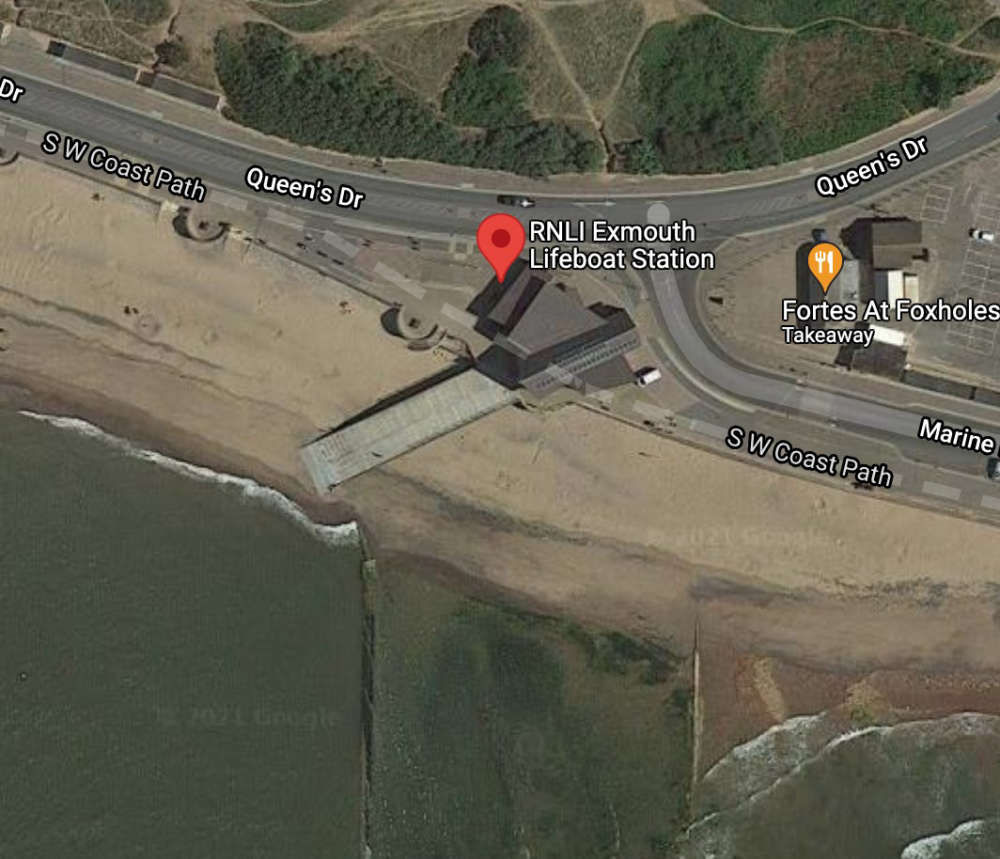 Sections of Exmouth beach will be closed next month as the RNLI proceeds with long-awaited improvements to its launching ramp.

In November the charity will build a 10-metre extension to the ramp from the lifeboat station to improve access to the sea. Although it’s only around 12 years old, the current ramp no longer reachers the sand because of erosion, meaning there’s a drop at the end.

It’s not clear whether Exmouth’s all-weather lifeboat has been able recently to use the boathouse, which was built in 2009 at a cost of £1.75 million. Shortly after opening, the ramp had to close again because of problems with its construction. Once that issue was fixed, the RNLI housed both an inshore lifeboat and the larger ‘D’ class vessel.

Half of the ramp’s new extension will be buried in the beach to ensure against further erosion and sand loss. It should make it easier and safer to get the lifeboats in and out of the water, whatever the conditions. 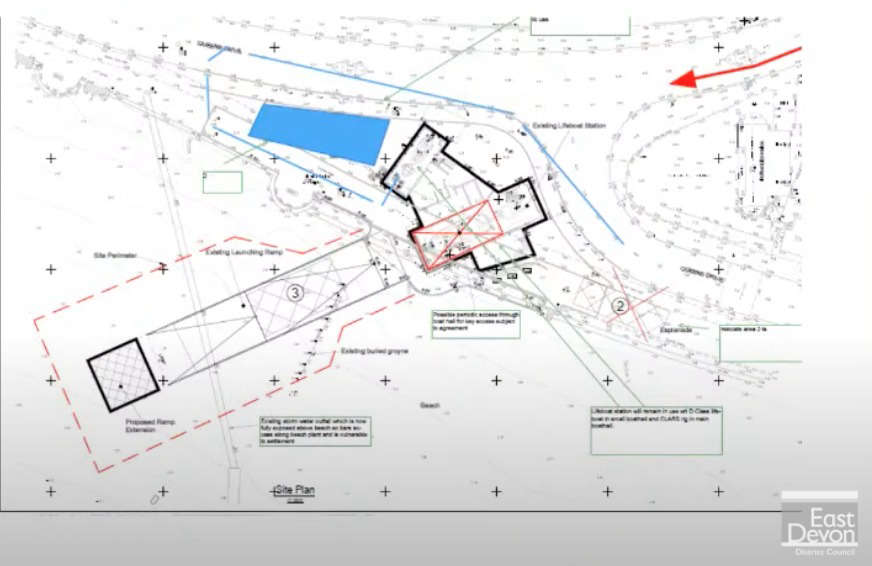 Planning for the RNLI ramp extension at Exmouth Beach. The public won\'t be able to access the areas marked by red lines

The construction work will effectively close sections of the beach around the lifeboat station for the majority of the tide.

The RNLI has been waiting a long time to fix the issue. Planning permission for the ramp extension was granted by East Devon District Council in late 2018 after erosion forced the ramp to be temporarily made the ramp unusable for lifeboats.

In addition to the extension, the lifesaving charity will also repair a piece of the sea wall that recently snapped off.  They are worried the damaged concrete could be a danger if thrown around in the sea in a storm or heavy seas.

They will removed the broken concrete and repair the damaged structure, adding extra depth to the concrete defence so that water doesn’t scour the wall beneath the promenade.

An officer report written around the time planning permission was granted states the ramp extension works could take three to six months. 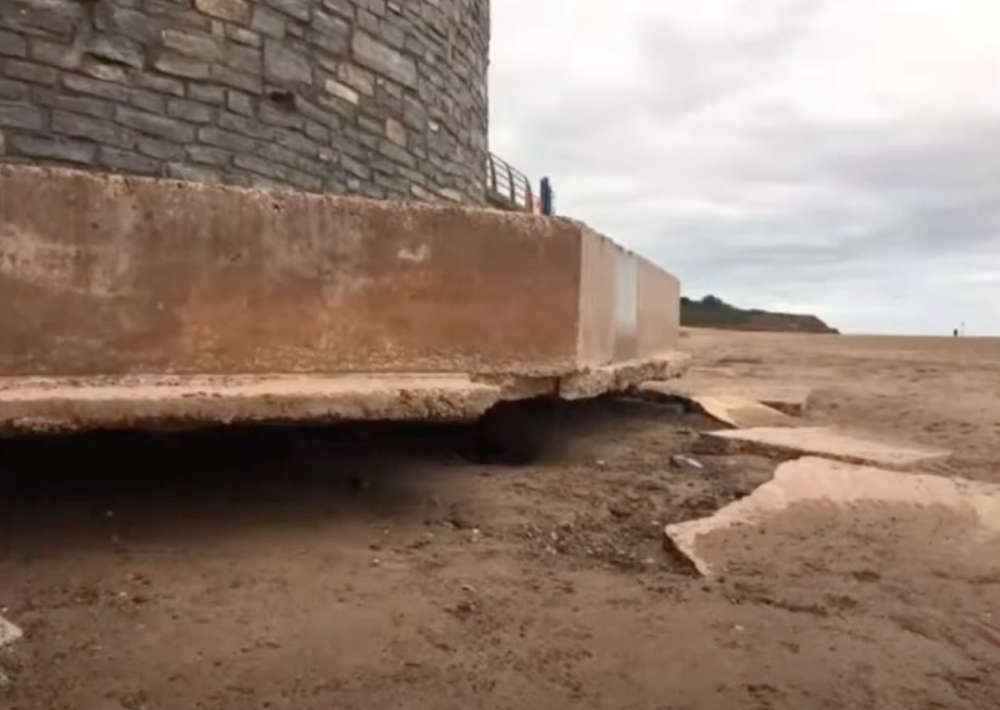