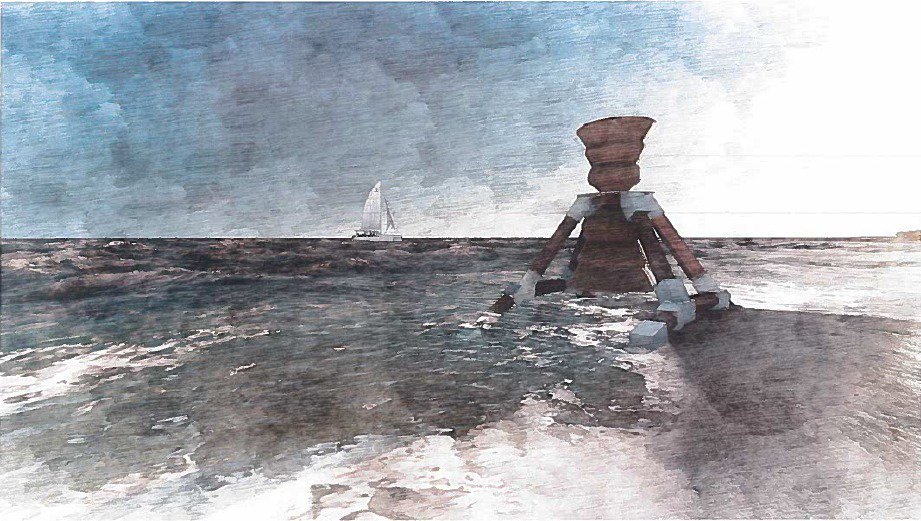 The national project is the idea of Devon artist Marcus Vergette

Volunteers are raising funds to install a giant bell on a beach at Brixham which will be rung by the tide going in and out.

The £20,000 Time and Tide bell has been given to the town as part of a national scheme to set up a series around the coast.

Six of the 16 planned have already been installed, including one at Appledore in North Devon.

A working group at Brixham is raising money to fix their bronze bell in a steel and oak frame attached to rocks on the shoreline at Breakwater Beach.

The group is seeking planning permission for the structure from Torbay Council.

It will also need permission from the Government’s coast agency the Marine Management Organisation.

The national project was the idea of Devon artist Marcus Vergette.

A consultation period for the Brixham plan ends on September 4.