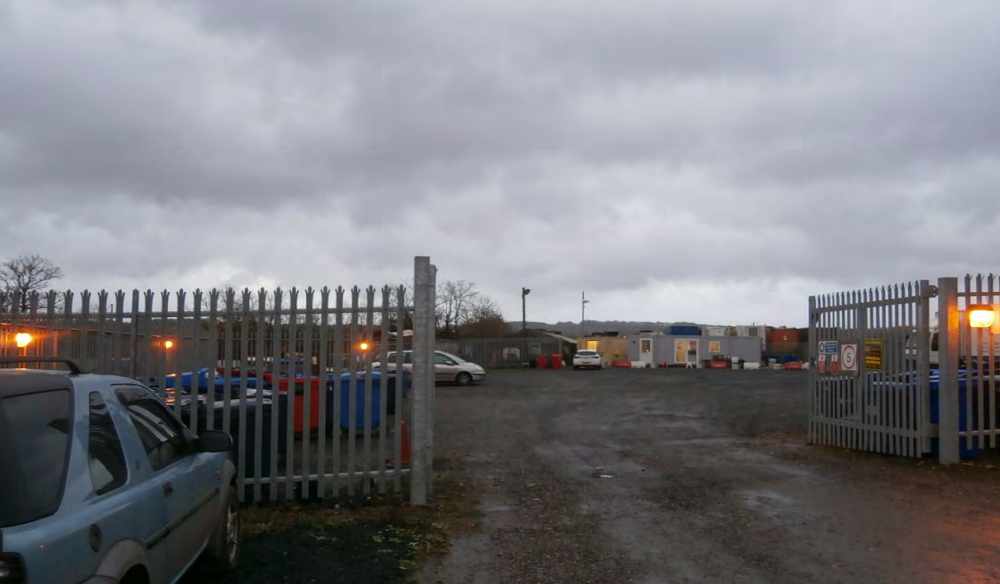 It's been given retrospective planning permission.

Councillors narrowly voted in favour of allowing land at Compound East 6, at Hogsbrook Farm, to be used to storage and distribution, despite it being outside the authorised boundary of Greendale Business Park.

East Devon District Council’s development management committee agreed by six votes to five to allow the retrospective use of the land after agreeing that despite their concerns, an inspector would almost certainly allow any appeal against refusal.

But they also said they were fed up of yet another retrospective planning application for the site coming before them, with Cllr Susie Bond saying it was ‘disrespectful’ and Cllr Brian Bailey saying they had a track record that was ‘not to be admired’.

Tim Smith, speaking on behalf of applicants F W S Carter & Son, said that he fully endorsed the view by the council’s economic officer that the plans should be approved and pointed to the lack of objections. He added: “We have a high level of demand for our site that cannot be provided elsewhere in the district.”

Chris Rose, the council’s development manager, said that the area of land which is part of Hogsbrook Farm, adjacent to the Greendale Business Park. The land is currently used for B8 purposes, although without planning permission, and is bounded by a fence, with a hedge adjacent to the fence on the western boundary of the sites.

He added: “The application site lies within the open countryside, where development would not normally be permitted. Therefore, the proposals represent departures from the Local Plan and do not benefit from any local plan policy support.

“But there are however considered to be a number of other material considerations that weigh heavily in favour of the proposals and that justify the grant of planning permissions despite the lack of planning policy support.”

Mr Rose said that one of the sites benefits from consent for its hardstanding and fencing, there are economic benefits from retaining the businesses and jobs on the sites, the sites are the most logical area for the extension of Greendale given that it is almost at capacity and the limited visual impact from the proposals.

He added: “Given the lack of any technical objections to the applications, and subject to conditions to control the height of any storage on the site, noise, lighting and deliveries, it is considered that, on balance, both proposals are acceptable.”

But Simon Andrews, speaking on behalf of the Woodbury Salterton residents association said that permission should be refused as it is against the Villages Plan and Local Plan policy.

Anthony Arnold added that if this was approved, it would going back to the dark days of the uncontrolled expansion into the countryside. He said: “The area outside the boundary should remain open countryside. What is the point of having a Villages Plan and a Local Plan if you just ignore them? Allow this and you open the floodgates.”

Cllr Geoff Jung, who represents the Raleigh ward, said that he could not support this planning application as it is outside the current approved employment area.  He added: “Authorising this will drive a bus through the Local Plan. It allows anyone to get a compound, put a tenant in, and then call for the same permission to be granted.”

He said that the council were successful on defending an appeal on the eastern area of the site and that this should be refused as it doesn’t comply with the Local Plan nor the Villages Plan and is not compatible with the setting.

Cllr Ben Ingham added that it may be providing jobs, but as it is in the wrong area, it is not sustainable and allow the sites to be ‘joined up’ is against policy.

Cllr Mike Allen said that this was a difficult decision for the committee. He said it is already a brownfield site it has hard standing and is fenced, and asked people to think about what an inspector may say.

He added: “I think if we refused this, it would probably be approved on appeal, but I cannot think of a reason why this should be approved.” He also said that he was continuing to explain to the Greendale Business Park on why they need to get planning permission for their developments before they start building them and that he hoped they had finally got the message.

But Cllr Helen Parr said that she felt the committee had to be realistic, adding: “Regardless of whether we want this and what is in the policy, it is developed land and all the considerations to me say that on appeal, it is allowable.”

Cllr Bailey added that Greendale’s track record with planning applications was ‘not to be admired’, but added: “I fail to see any advantages in demolishing a low level piece of hard standing with a bit of fencing.”