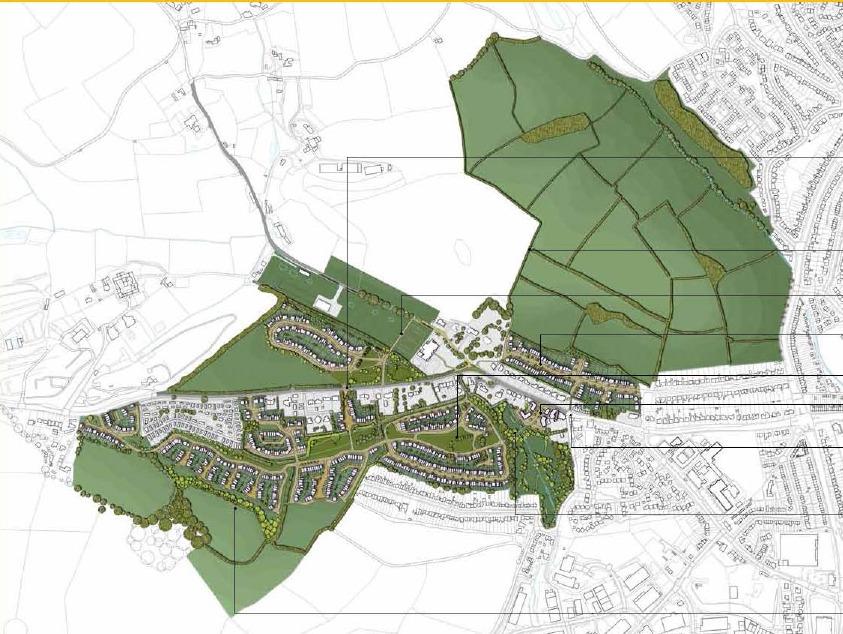 The NHS has warned a new housing development near Paignton will put extra pressure on health services which are at full stretch.

A senior manager said hospital and GP services in the area are at capacity and extra demand from more people could reduce the quality of care.

Malcolm Dicken of the Torbay and South Devon NHS Foundation Trust, which runs hospitals and provides social care, said a delay in treatment for a cancer patient could have a “devastating outcome”. He made the comments in an objection to an outline application for up to 73 homes on a field at Collaton St Mary at a meeting of Torbay Council’s planning committee.

The hospitals' trust and Devon NHS have called on the council to make developers pay towards extra health costs as a result of the growth in population. They suggested Taylor Wimpey should give £57,000 towards health services as a result of its housing plan.

But the council says it does not have the power to ask for a contribution to compensate the NHS for the increased demand on services.

Mr Dicken told councillors: “Failure to contribute to additional health care costs with this development will have a detrimental effect on its residents, as well as the wider community.”

The scheme for the 'car boot field' north of the A385 Totnes Road behind the village school was approved after a discussion lasting two and a half hours. Councillors heard the scheme would include 22 affordable homes.

The application from Taylor Wimpey is the same as one rejected by the planning committee in October 2019 over a lack of detail about drainage and sewerage in an area hit by regular flooding.  Councillors were told the developer had lodged an appeal against the refusal and submitted a fresh application.

Four weeks earlier the committee approved an outline scheme from Bloor Homes for 100 houses in the village on fields closer to Paignton on the same side of the main road, despite concerns from objectors about road safety and traffic.

Planning officer Scott Jones told councillors the authority’s current planning policies meant it could not seek a payment towards health costs for a general housing development. He said talks were taking place between the council and the NHS about policies to require payment towards health in an updated Local Plan in the future.

Opponents argued the Taylor Wimpey application should be refused again because of a lack of detail about drainage and sewerage. They said that went against a policy in the Paignton neighbourhood plan requiring detailed information at the application stage rather than being left to be agreed later in planning conditions.

Objector Catherine Fritz, chair of the Paignton Neighbourhood Forum, added that the number of homes was almost double the 40 set out in the masterplan for the village growth zone. The extra said traffic from the estate would add to congestion and the pollution would damage health.

Councillors were advised by planning officers that there was new information now available on the details of the surface water drainage scheme and about how South West Water would ensure there was enough capacity in the water and sewerage system. The firm now deals directly with developers to pay for any improvements needed, rather than using the planning system.

Planning consultant Colin Danks, supporting the application, said the planned density of homes was below the level identified in the masterplan.

A Taylor Wimpey spokesperson said after the meeting: “The site has been identified for housing as part of the Collaton St Mary masterplan, and we are pleased councillors agreed with the principle of development, allowing us to move forward with more detailed designs. We are very much looking forward to starting work on site and creating a high quality place for people to live, as well as providing highways and off-site flood improvements for the whole area.” The developer will now withdraw its appeal against the earlier refusal.