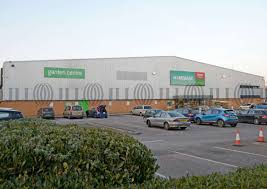 It's "as you were" at Westpoint. Two weeks ago, the government said the arena would be the new NHS Nightingale Exeter, with 200 emergency beds to cope with the coronavirus pandemic.

That's changed. The NHS in Devon has had time for a rethink and, because rate of covid-19 transmission in the south west is lower than earlier estimates, it doesn't need a facility as big as Westpoint. It's moving instead into the former Homebase DIY store at Sowton.

Dr Michael Marsh, regional medical director for the NHS in the south west. says: "Having carefully considered the value which Westpoint brings to the community north of Exeter, and the disruption it could cause to its everyday operations, we have used the time available to us to consider alternatives. Westpoint have been nothing less than exemplary and were the first to heed the call. They understand why we have made the decision and support us in doing the best we can for patients.”

The new hospital will be a regional facility providing care and treatment for patients from Devon, Cornwall, Dorset and Somerset.  Conversion of the former store into a hospital will begin shortly and it is expected to open at the end of May.

The army is helping with logistic, working alongside contractors BAM Construct, who also built the NHS Nightingale Hospital in Harrogate.