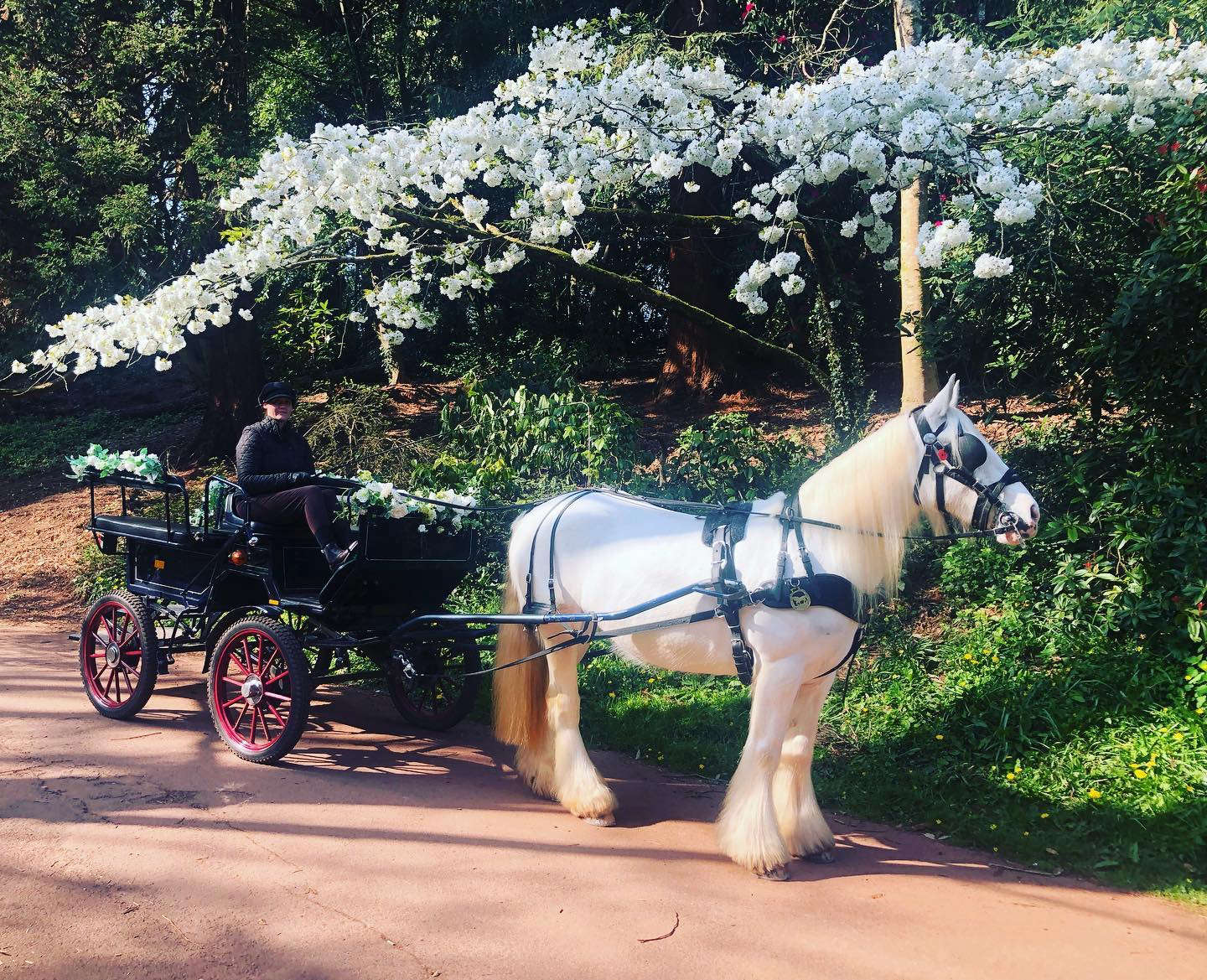 Cockington’s iconic horse-drawn carriages have trotted into the sunset for the final time after concerns about grazing land.

K & H Carriages, run by Kirk and Hannah Petrakis, left the town on Tuesday 12 October after the Torbay Coast & Countryside Trust refused to meet their demand for a new winter grazing field.

Mr and Mrs Petrakis, who have run the business since 2016, said the winter field at Old Paignton Road leased to them through Torbay Coast & Countryside Trust (TCCT) is inadequate. They argue that the steep angle of the land, its lack of road access in case horses are injured, unsafe fencing, bracken, brambles, insufficient space and a long journey from their stables, make it unfit for use by their animals.

They asked for TCCT’s permission to use an alternative site which they say would be safer for the horses.

However, a recent report from Torbay Development Agency (TDA), a company backed by Torbay Council, found that while not ideal, the Old Paignton Road field was still workable.

TCCT said they could not provide an alternative spot and as a result, Mr and Mrs Petrakis have now moved their two cob horses Annbie and Cowboy, and a pony called Patrick, to private land near Dartmoor.

The couple had a vets’ report carried out by Tor Equine of  Newton Abbot, which agreed that the Old Paignton Road site was not safe for the horses.

Speaking on the tough decision to leave, Mrs Petrakis said: “I don’t see that there are many next steps forward. If there isn’t the land, there can’t be the horses…the least they deserve are adequate and safe fields.”

The issue has been dragging on for months, but despite efforts by Torbay Council, it has not been resolved in time.

Speaking this week, leader of the opposition at Torbay Council Dave Thomas (Conservative, Preston) said: “It’s a sad day for Cockington because horses, carriages and Cockington go together like scones, cream and jam.” He said horses were essential to the “picture postcard” images of the town, adding: “There’s nothing quite like Cockington.”

In a statement shortly after it announced K&H would be leaving Cockington, Torbay Council said the company had been offered businesses support by the TDA, which had been turned down.

It added: “Since May, we have made sustained efforts working with K&H Carriages and Torbay Coast & Countryside Trust to find a solution in this ongoing dispute over winter grazing.

“Over recent weeks TDA and council representatives have met with K&H Carriages with the aim and hope that a solution could be found and have recently proposed a change in the operating requirements to resolve the winter grazing issues.

“While it has not been possible to reach a solution, we are deeply saddened to see K&H Carriages remove their horses and we continue to recognise the heritage and will continue to work to protect this tradition.”

Over last weekend, many people turned out to see the horses and show their support for K&H Carriages before the move away.

Patrick the pony will tread a new path in life too: he is due to start a second career as a therapy pony. The couple says he will travel around visiting schools, care homes and hospitals.