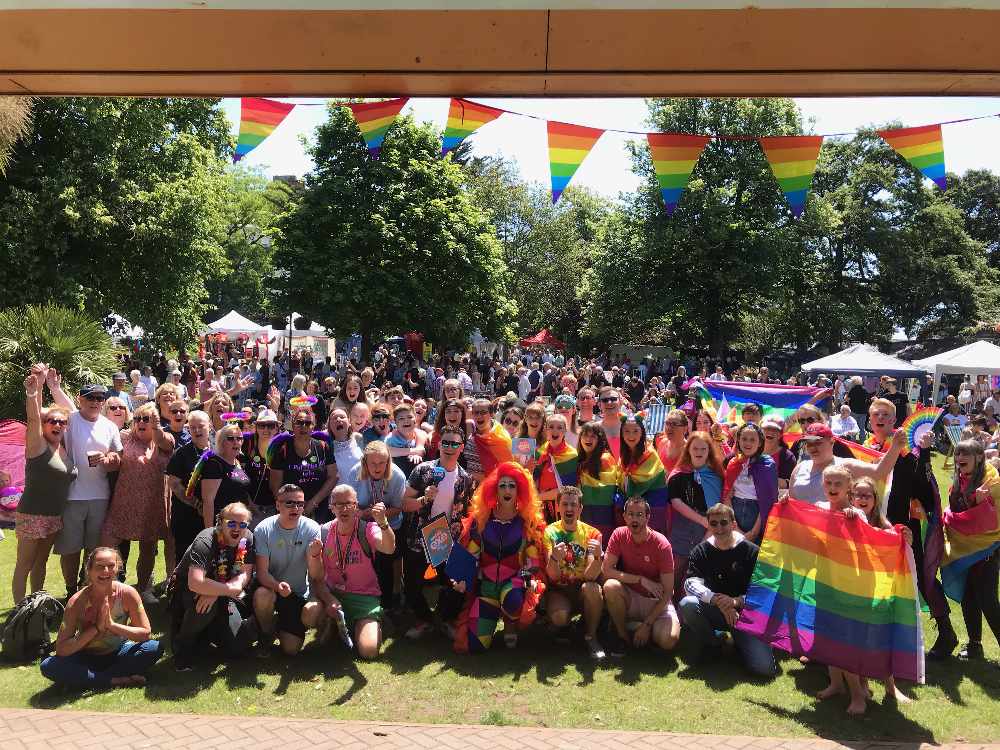 Organisers of Exmouth Pride believe they have had one of the most successful events in the five years the event has been held in the town.

Pride is an international banner for the movement celebrating diversity and supporting lesbian, gay, bisexual and transgender (LGBT) people. In more recent years, a Q (for queer) has been added to the abbreviation and in some cases a plus symbol embracing other sexual minorities. This year's Exmouth Pride is supported by Devon and Cornwall police, Guide Dogs, Pro Sound and Light, Exmouth Town Council and Radio Exe. The station's programme manager Ashely Jeary is hosting the main stage throughout the day.

Within the first hour, hundreds of people had either passed through Exmouth Pride or were setting themselves up for a day of music in the sunshine.

Exmouth Pride's David Marston says that attitudes towards gay people have changed markedly over the years, but discrimination is still prevalent in the UK.