Is Devon now a Remainer? 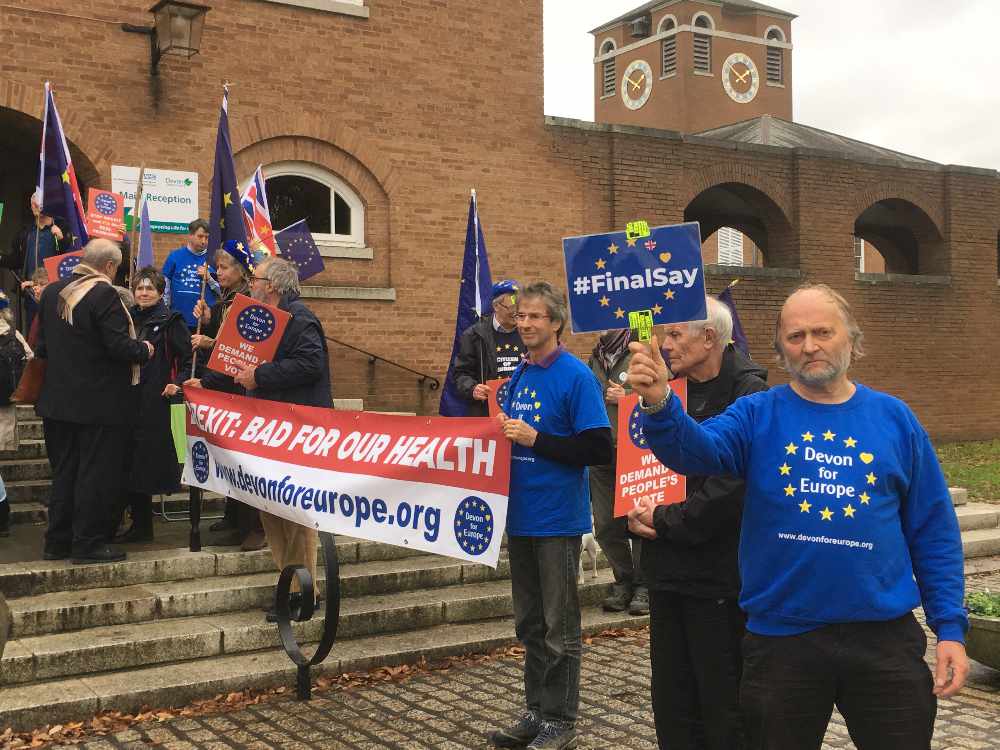 "And most of Devon now want to Remain" claim protestors

County Council refuses to discuss it

Devon County councillors have refused to discuss whether to support a People's Vote over Brexit. With 'Remain' campaigners calling themselves Devon For Europe protesting outside, a motion put to a full council meeting by Seaton & Colyton representative Councillor Martin Shaw (Independent) asking for a debate was thrown out.

Although people in the county voted to leave the EU in the 2016 referendum, Councillor Shaw claims that polling evidence now suggests most Devon voters and districts now oppose Brexit. He wanted the council to call on the Government to organise a referendum on the prime minister's deal with the EU, which is due to be voted on by MPs on Tuesday.

But the Conservative-led authority instead chose to ask its cabinet to make a recommendation, which is the usual procedure. But that would mean the recommendation not coming back to full council until the end of February, just a month before the UK leaves the EU.

Labour, Liberal Democrat and Independent Group members all voted for the council to discuss the motion today, but Conservatives didn't.

Councillor Shaw told the meeting: “I am affronted by the idea that the council might not get the chance to discuss this motion in a timely fashion. We would be saying however damaged and badly affected we would be by the process of Brexit, or if we crash out without a deal or sign up to a deal that both the Brexit and Remain camps think is a bad deal, it will be on record that the council did not discuss the deal and they did not want the people to have the chance to vote on it.”

Heavitree & Whipton Barton councillor Emma Brennan (Labour), wearing a Devon For Europe T-shirt, shouted ‘shame on you’ after the motion was lost.