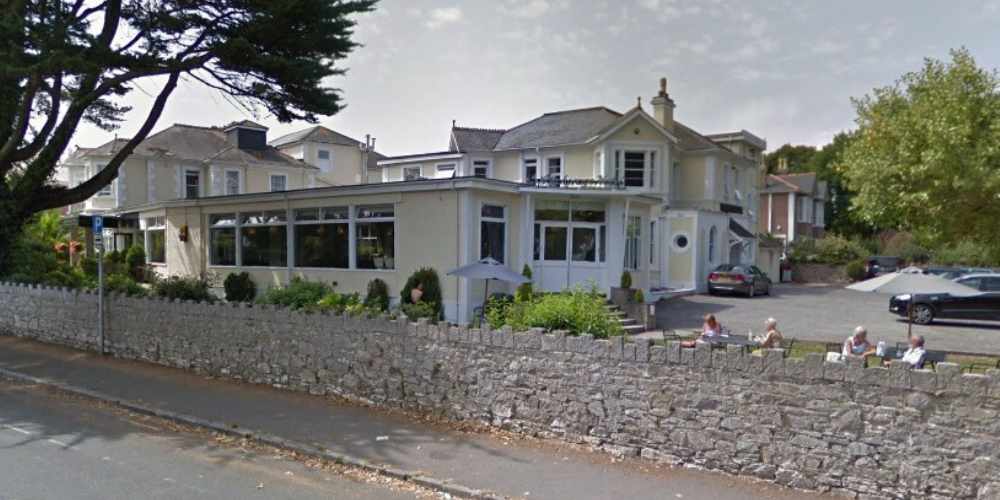 The application had 40 objections from members of the public

A request to extend the licence at a Torquay hotel has been refused after neighbours complained about noise and late-night disturbance.

The owners of the Anchorage Hotel in Aveland Road, Babbacombe, asked to extend the licence for alcohol and music from 11am to midnight from Sunday to Thursday and to 1am on Fridays and Saturdays.

The application to alter the premises licence was turned down after a three-hour hearing by  Torbay Council’s licensing sub-committee. (Thursday, November 21)

joint licence holder Russell Page-Dove said they wanted the later permission for events such as weddings and parties in the function room at the family-run 55-bedroom three-star hotel.

He offered to end live entertainment at 11pm and put an annual limit on events with recorded music to 12 finishing at midnight and six at 1am.

Councillors were told there had been 42 objections to the application from members of the public and five comments in support.

Several neighbours told the committee they had been disturbed by music from events at the hotel and were concerned about noise and nuisance from people leaving late at night in a quiet residential area.

Mr Page-Dove said the hotel had taken a series of measures to respond to noise complaints.

The hearing was told they had installed air-conditioning so windows and doors could stay closed and called in a sound engineer to design a noise limitation system which would be operated at a level set by the council.

Mr Page-Dove said the smoking shelter had been positioned to avoid disturbing neighbours, the outdoor pool was closed off after 9pm and guests at functions would be supervised by staff.

He apologised if neighbours were unhappy with the response from the hotel to their complaints, and encouraged them to get in touch so the management could work with them to overcome any problems.

The council’s public protection officer Karl Martin said there was no record of noise complaints until two in July this year about music after an application to vary the hotel’s licence conditions which was later withdrawn.

Barrister Tim Pullen, on behalf of next-door neighbour Robert Stanley, said the two main issues were noise from the premises and disturbance caused by people leaving.

He said: “You have got disturbance very late at night in what is a quiet residential area.”

Mr Pullen added: “Even if the noise limitation equipment can deal with noise in the surrounding properties, there is really nothing that can be done to deal with dispersal of people.”

He said the hotel management had not shown they had adequate plans to deal with the potential nuisance from customers leaving late at night.

Several neighbours told the committee that they had been able to hear music from the hotel in their homes.

They raised concerns about late-night disturbance from people leaving the premises, including from people getting into cars parked in the road outside  homes.

One neighbour said: “The thing that really concerns me, there are going to be loads of people leaving at one o’clock in the morning, and that drags on.”

One woman said it was a quiet residential area and she had complained regularly about noise from the hotel over the past year which kept her awake at night.

She said: “I should not be able to hear Mariah Carey in the winter with the windows shut in bed at night until the guests leave.”

Another neighbour said she could hear the sound and vibrations of music from the hotel in the bedroom of her flat.

The sub-committee went into private session to consider the application. When the hearing resumed, chair Cllr Vic Ellery reported that the decision was for refusal and the reasons would be given later in writing.