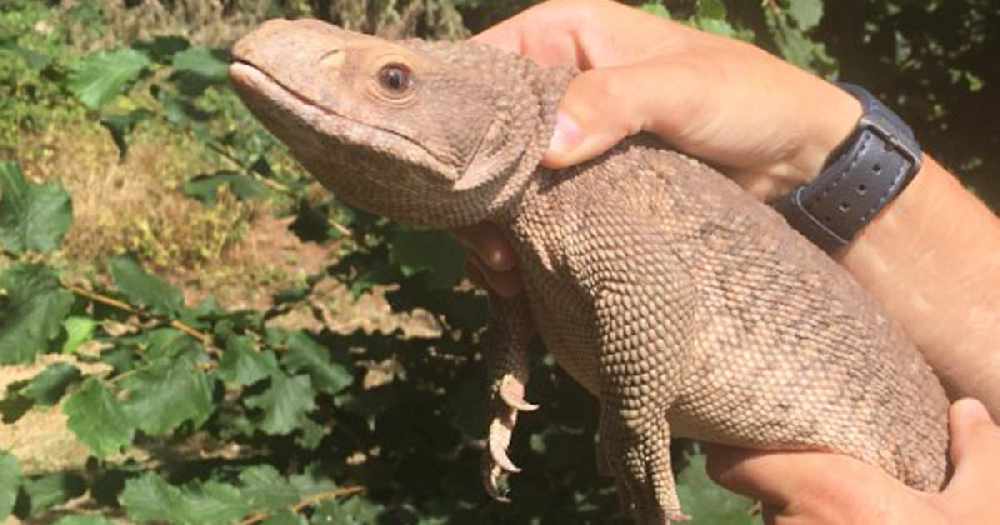 Thought to be heading for Australia (but caught off Topsham Road)

A monitor lizard found wandering around an Exeter park has been reunited with its owner.

Rex, as he is known, escaped from his owner’s bedroom on Tuesday night and made his way into neighbouring Belle Isle Park on the bank of the Exe.

A member of the public spotted the metre-long lizard in the wooded area of the park whilst out walking on Wednesday afternoon.

The woman raised the alarm and parks staff from Exeter City Council relocated Rex in long grass and put him into safe keeping at Exeter Exotics.

On Thursday Rex was reunited with his owner, who was delighted to have him back and thanked council staff for capturing him.

The member of staff who foiled the lizard's escape attempt said it was an unexpected discovery but she was delighted the story had a happy ending. Cat Chambers, operations co-ordinator for Exeter City Council’s parks team, said: "It was certainly a surprise to find a monitor lizard in our meadow grass, I almost stood on him he was so well hidden. Devon Wildlife Trust had been out only an hour before laying reptile mats, I doubt this is what they had in mind!”

Monitor lizards are not native to this country and usually found in places like South-East Asia or Australia. Rex made it nowhere near.