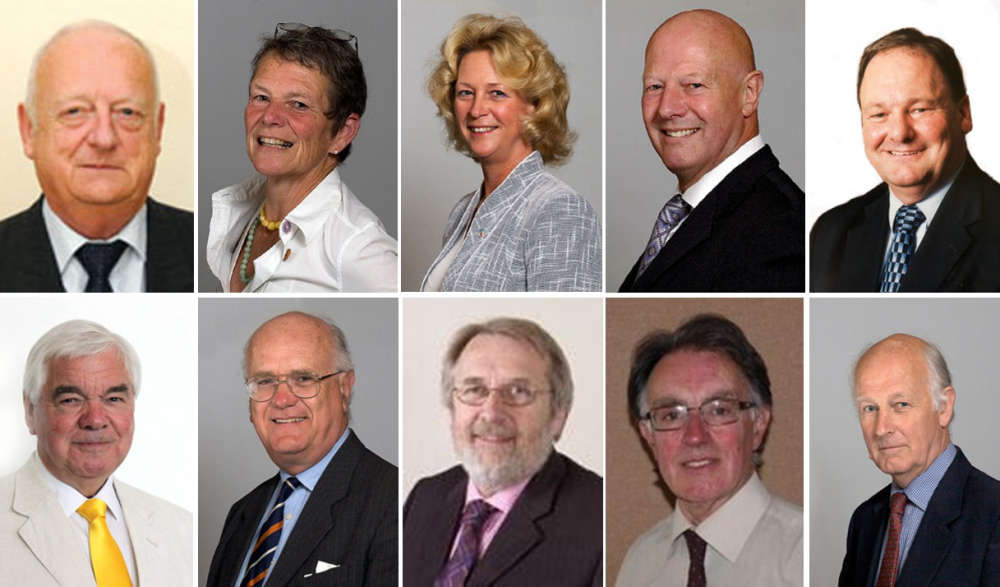 Ten former councillors have been recognised for their years of service by becoming honorary aldermen of Devon County Council.

In a ceremony at Sandy Park, council leader John Hart paid tribute and said they had carried out “extraordinary service for Devon.”

The position of alderman is a ceremonial honour that doesn’t entitle holders to special privileges, but it does mean they can attend civic functions and council meetings, although they can’t vote.

Cllr Hart said: “I sincerely thank you for the work that you’ve all done over the years to make Devon county one of the best counties in the country as far as I’m concerned, if not the best. In fact, I’ve always said we are the best in the west.”

Opposition leader Councillor Alan Connett said it was a “richly deserved reward for their many years of service. I think between them it’s about 145 years or so of combined service to the people of Devon.”

“I think it’s a universal truth that no one became a councillor for the riches, rewards, fame and recognition that others have in other walks of life. Actually, it’s hard work, it’s supporting communities, it’s supporting people and while some things get publicised … so much more is done by a tweak here, a tweak there, helping a resident, sorting out a community group, those things that never make a focus newsletter, leaflet or letter in a newspaper.”

Cllr Connett added: “All of the aldermen today have given exemplary service and richly deserve both their retirement and the award that we’re giving today.”

The council chairman, Councillor Jeffrey Trail, presented the former members, except for Polly Colthorpe who was unable to attend, with a commemorative scroll and badge. He said: “All of you have given fantastic service to Devon County Council and the residents of Devon, and I thank you wholeheartedly for the whole of this current county council.”