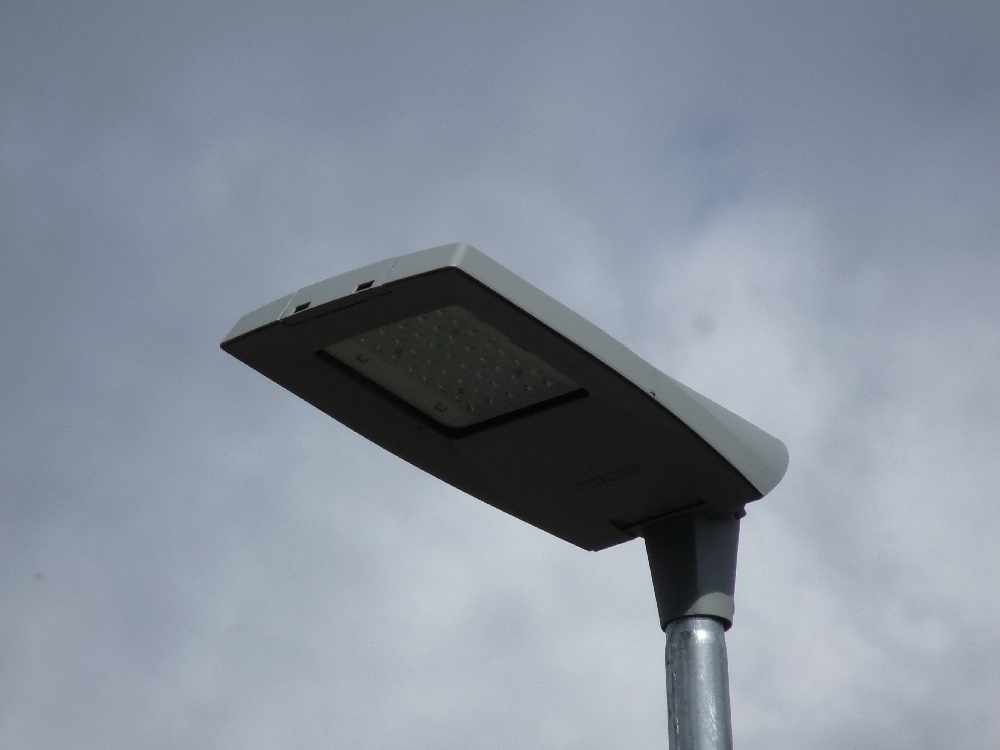 An example of an LED streetlight (Credit: Wiki Commons)

Converting all of the county's streetlights to LEDs is equivalent to taking 8,000 cars off the road.

All of Devon County Council’s streetlights will be converted to low carbon LEDs in the next three years.

Streetlighting is the council’s largest single source of carbon emissions and since 2015, 34,000 streetlights have already been converted to low energy LEDs.

Over the three years, the remaining 45,000 streetlights will be converted, a report to the Corporate Infrastructure and Regulatory Service Committee next Tuesday reveals.

Once complete, carbon emissions generated by streetlighting will have been reduced by 75 per cent – more than 15,000 tonnes each year – the equivalent of taking 8,000 cars off the road.

The improvements to street lighting alone will have reduced the authority’s total carbon emissions by 36 per cent, and ensures that the council remains on track to reduce emissions by 45 per cent by 2030.

In conjunction with the part-time lighting already introduced in many residential areas from 2008, energy costs have been cut in half and saved £3million a year.

The report of Meg Booth, Chief Officer for Highways, Infrastructure Development and Waste, says that in 2008, street lighting consumed nearly 36.0M KWh of electricity and produced 18,800 tonnes of CO2, but by the end of 2018, consumption has been reduced by  41 per cent.

She added: “Since 2008 we have converted approximately 55,000 lanterns to ‘part night’ and replaced 27,000 lanterns with LED units. We are embarking on a programme to replace a further 45,000 street lights with LED units over the next three years, and when completed we will be fully LED, reducing energy and CO2 further.”

“We recognised then that this could only be achieved by using energy more efficiently, reducing our carbon footprint and working with others.

“We still have a long way to go to reduce carbon dioxide levels, but we are making significant progress and I’m pleased that this scheme has shown tangible results.”

Cllr Stuart Hughes, Devon County Council’s Cabinet Member for Highway Management, added: “I’m delighted that we have now started the final phase of a project that began over 10 years ago.

“Through forward planning we have been able to save millions of pounds of taxpayers money and significantly reduce the council’s carbon emissions since the policy was first introduced in 2008.”

A Devon Carbon Plan – a road map towards net zero carbon emissions – is being created and chief executives and directors from nearly 20 public and private sector organisations in Devon have already given with one voice their unhindered commitment to tackling the climate emergency.

Devon County Council has set aside £250,000 towards the initiative to persuade organisations, communities and individuals to do more to reduce global warming and the council’s investment is being matched by the University of Exeter with £130,000, and an application for a further £70,000 in grants.

On Air Now Through The Evening Playing Freedom Wham
On Air