Motorbike involved in stabbing has links to Devon and Cornwall 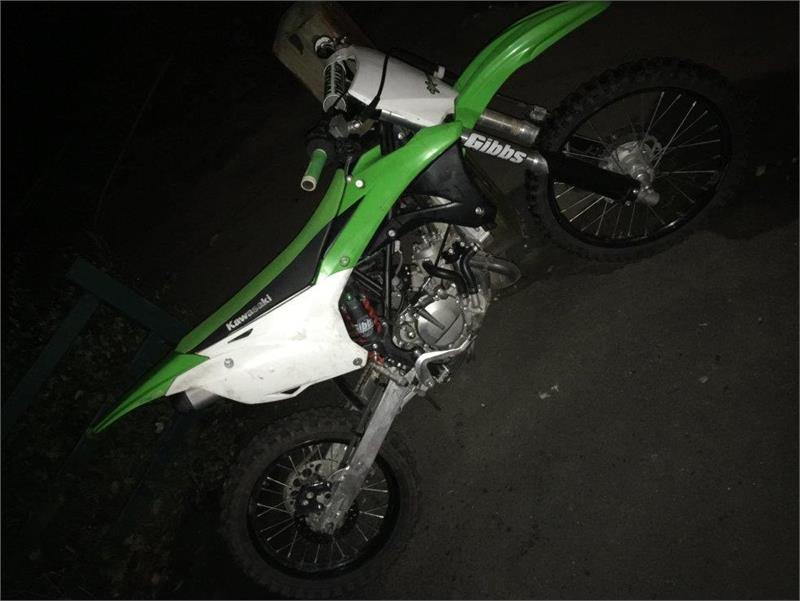 Adam Ellison, 29, died after being stabbed in Merseyside in 2017.

Police are looking for help in tracing the movements of this motorbike which was used during a fatal stabbing 2 years ago today (4th November 2017).

Detectives believe that the distinctive green and white Kawasaki KX85 Big Wheel was either stolen or sold-on from the Devon and Cornwall area as the Gibbs stickers and shock absorbers on the bike are unique to a bike performance garage in the Plymouth area.

In the early hours of Saturday 4 November 2017, 29-year-old Adam Ellison was fatally attacked in the Prescot area of Merseyside.

Adam was walking along a pedestrianised area with three friends when he became involved in an argument with a number of people on the Kawasaki bike.

During the incident, he was stabbed in the neck with an unknown weapon and died a short time later in hospital.

To date, nobody has been charged with his murder.

Detective Chief Inspector John Middleton, from Merseyside Police, said: “We believe the bike may have been stolen or sold-on from somewhere in the Devon and Cornwall area in the time leading up to the murder of Adam Ellison in October 2017.

“I would ask people to take a close look at the bike to see if they recognise it or know of anyone who owned one and sold it or had one stolen prior to October 2017.

“We believe that tracing the movements of the bike is a vital part of our investigation and any little bit of information could be significant.”

Anyone who has any information which could assist the investigation is asked to contact Merseyside Police via Twitter @MerPolCC or by calling Crimestoppers anonymously on 0800 555111.