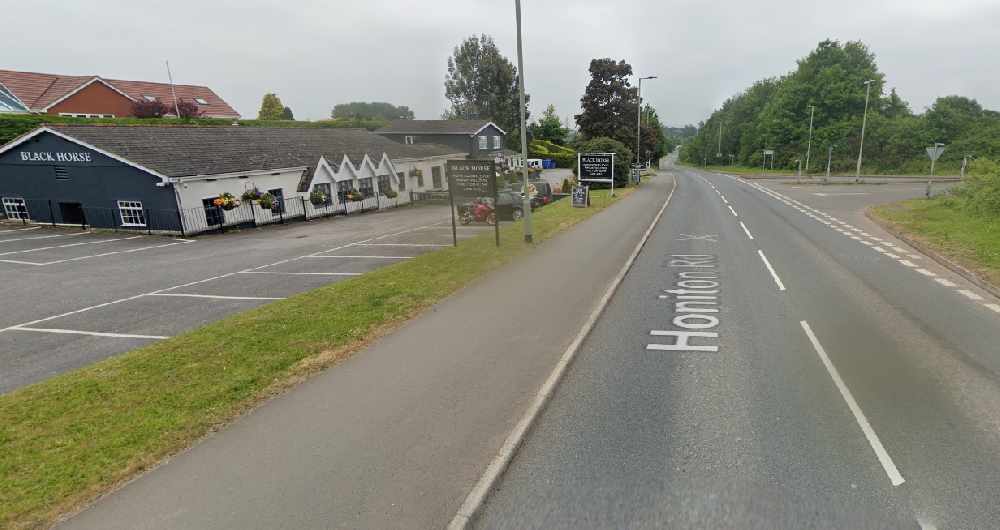 Image: Google Maps. Blackhorse Village, in which a new Toucan crossing will be installed

The East Devon Highways and Traffic Orders Committee approved the construction of a new signalised crossing on Honiton Road in Blackhorse Village.

As well as helping Devon County Council and East Devon District Council’s ambition to progress the Clyst Valley Way, councillors heard it would help reduce speeds of vehicles on the westbound approach or leaving the village.

Earlier this year, residents of Blackhorse Village complained of vehicles ignoring the speed limit, and at the end of 2018, councillors on the same committee agreed that the roundabout arm to Clyst Honiton which closed off with concrete barriers should see the closure made permanent.

Dave Black, Head of Planning, Transportation and Environment, in his report to the meeting, said that the toucan crossing should help reduce the speeds of traffic.

He said: “There have been historic concerns raised by residents of Blackhorse about the volume and speed of traffic passing on Honiton Road accessing new developments including Cranbrook and the Lidl Regional Distribution Centre. This crossing facility will help create a gateway feature at the eastern end of the village, helping reduce speeds of vehicles on the westbound approach or leaving the village.”

His report added that while there may not currently be high volumes of pedestrians and cyclists travelling in the Sowton village direction at present, the crossing would improve access to and from the local bus stop, providing access for Blackhorse residents travelling to Exeter or to jobs at SkyPark/Exeter Airport and for people travelling to the Blackhorse pub and Women’s Institute Offices.

He added: “The crossing will be a small element of the overall Clyst Valley Way route, and will ultimately allow path users to travel between Broadclyst, Clyst Honiton and Sowton village. The crossing would also form a junction point with the Exeter Strategic Cycle Route E4 between Cranbrook and Exeter City Centre.”