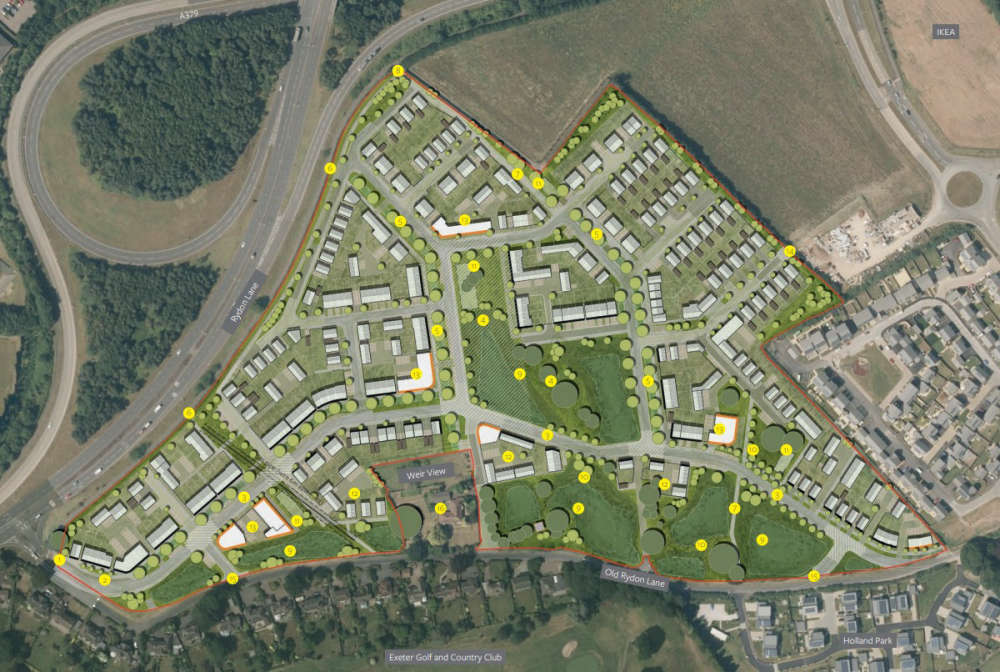 A "good site for houses"

A long-established Exeter garden centre could be replaced with up to 350 new homes.

St Bridget Nursery at Old Rydon Lane is now closed to the public but remains in use as the company’s nursery and head office. It now sells its products through its remaining garden centre on Sidmouth Road at Clyst St Mary.

A planning application sets out how its horticultural and office buildings at Old Rydon Lane would be demolished, followed by a “phased construction” of the housing development.

It plans 62 one-bedroom homes, 87 two-beds, 138 three-beds and 59 four-bed homes built. Just over a third would be classed as ‘affordable’ – typically defined as up to 80 per cent of market rates.

Areas will be set aside for ‘habitat creation’ and water management, and electric car and bike charging points will be included, as well as the “potential” for solar panels and air source heat pumps.

At the “heart of the scheme,” is a large open space along with a “large green corridor along the southern boundary of the site, which will create a linear green space adjacent to Old Rydon Lane.”

The land, of around 13 hectares, is within the Newcourt area of Exeter which is allocated for 3,500 dwellings and 16 hectares of employment land. A significant proportion of the area has now been built on.

The development will be accessed via an improved junction between Old Rydon Lane ad the main A379 Rydon Lane, and the site will provide a new east-west route connecting Rydon Lane to the Newcourt area.

This will enable Old Rydon Lane to be downgraded to an access road for existing residents and cycle/footway, designed as “a safe and attractive multi-model connection, with a series of routes connecting to the different parts of the development.”

At the time of publication, only one person has commented on the plan, saying it was a “good site for houses” and “nice to see there are plans for 1 bed / 2 bed houses.”

Exeter City Council’s planning committee will decide on the application at a later date.