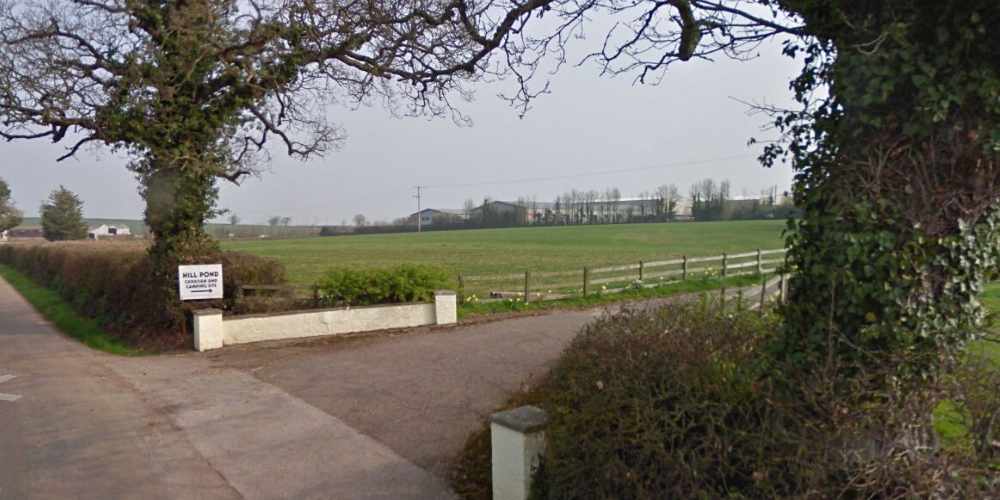 The site is near to Crealy and Westpoint

A new 130-bedroom hotel will be built on the site of a caravan and camping park just outside Exeter.

Hill Pond Caravan and Camping Park successfully appealed against the non-determination by East Devon District Council over their plans to build a new L-shaped hotel on the site of the existing park just off the A3052.

The site is adjacent to the Hill Barton Business Park, and is across the A3052 from Exeter City’s training ground and Crealy Adventure Park, and near to Westpoint.

Planning inspector Andrew Spencer-Peet in his report said that the economic benefits of the new hotel were evident, it would address the acknowledged current shortfall of holiday accommodation in the area, and the benefits of the proposal carry sufficient weight to justify allowing the appeal scheme.

Bryan Turner, on behalf of WWD Ltd, acting in conjunction with Taylor-Whitehouse Planning, said that the approval of the hotel will add ‘extra stimulus’ to the area around Westpoint and Crealy.

He said: “The Inspectorate’s decision found in favour of the proposal which proposes a 130 bedroom hotel in the vicinity of Westpoint and The Crealy Theme Park & Resort.  The decision recognised a clearly pent up and demonstrated need for such accommodation together with the significant economic benefits it would provide.

“The area enjoys a large amount of development and employment in various categories and the appeal decision found there to be no appreciable harm in terms of landscape consequences or draw backs for the area which is clearly evolving with some speed.  The zone has been agreed as sustainable by way of a number of previous, nearby applications and appeals and it is hoped the hotel development will add extra stimulus to the territory.”

In their application documents, they added: “The hotel would replace the existing long-established caravan and camping park whose sleeping accommodation, by virtue of the number of pitches, could sleep a largely similar number of people to the proposed hotel.

“This is not a site, which lies on its own, or in an isolated area. The site is surrounded by existing and established business parks, farm shops, leisure and tourism and the Westpoint showground and arena. There are approximately 350,000-400,000 visitors to Westpoint each year with additional exhibitors an event set up crews.

“The hotel would provide a benefit to the local economy in terms of employment creation as well as encouraging additional visitor numbers in a position where the travel distances would be very short to a number of year-round business sites where accommodation could assist those businesses too.”

Mr Spencer-Peet in his report agreed that the proposal would help address the acknowledged current shortfall of holiday accommodation in the area.

He added: “The reports and study submitted in support of the planning application, appear to be well constructed and comprehensive in terms of the details provided. They conclude that there is clear evidence of need for a hotel at this location, given its position with regards to access to the M5 motorway and its position relative to nearby business and leisure developments.

“This position is supported by comments from the council’s economic development officer and I therefore conclude that it has been shown there would be demand for a hotel at the appeal site despite its location outside of a settlement.

“The scheme would provide significant employment opportunities both during the construction phase and in relation to the hotel and the facilities that it would provide. Furthermore, the proposal would help address the acknowledged current shortfall of holiday accommodation in the area, with visitors likely to contribute to the viability of local businesses and nearby visitor attractions.”

He said that while there was some conflict with the Local Plan, the benefits of the proposal would carry sufficient weight to justify allowing the appeal scheme.

East Devon District Council had issued a report that said they would have resolved to refuse planning permission, had the decision not be taken away from them by the appeal against non-determination.

Issuing their ‘would have’ refused notice, council planners said there was an absence of robust evidence of need and demand for a hotel in the location and it hadn’t been demonstrated that there was such an un-met need for the hotel, there could be a departure from the local plan.

But Mr Spencer-Peet, announcing his decision last week, allowed the appeal, subject to 15 conditions being met.