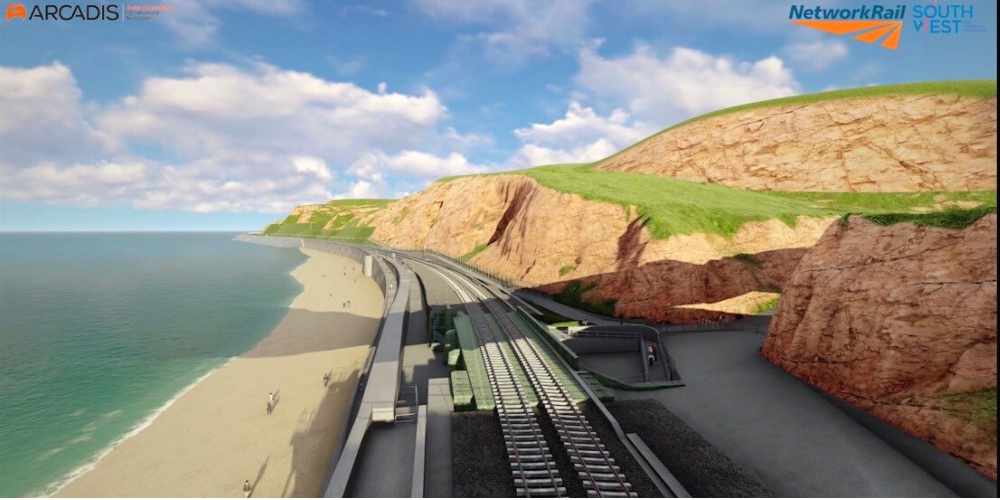 Plans have been revealed to move a storm-affected railway line in South Devon while saving "most of" a popular beach.

The proposals by Network Rail between Holcombe and Teignmouth aim to preventing the line from hazardous cliffs.

The section was closed for six weeks following a landslide in 2014.

Starting today in Dawlish Warren, 11 consultation events in and around the local area will enable people to find out more, ask questions and express their views.

Announcing the plans, a Network Rail statement said: “The updated design means that most of the beach is retained as it only moves the railway away from the most potentially hazardous areas of the cliffs and keeps the existing railway alignment at both Parsons Tunnel and at Teignmouth end of this stretch of railway.

“A realigned coastal footpath, which is 1m wider and safer than the current South West Coast Path, as it will have edge protection, will also be built with the new coastal path not extending any further out than the current extent of Sprey Point.”

Mike Gallop, route director for Network Rail’s Western route, said: “We have listened to feedback from the first round of consultation and our updated plans will ensure a resilient railway line for the whole south west while maintaining most of the beach and adding improved walking and leisure facilities.

"The railway is a vital artery to the South West, which communities, businesses and visitors to the region depend on for connecting with the rest of the UK. We welcome views on our updated proposals before we apply for consent to undertake the work.”