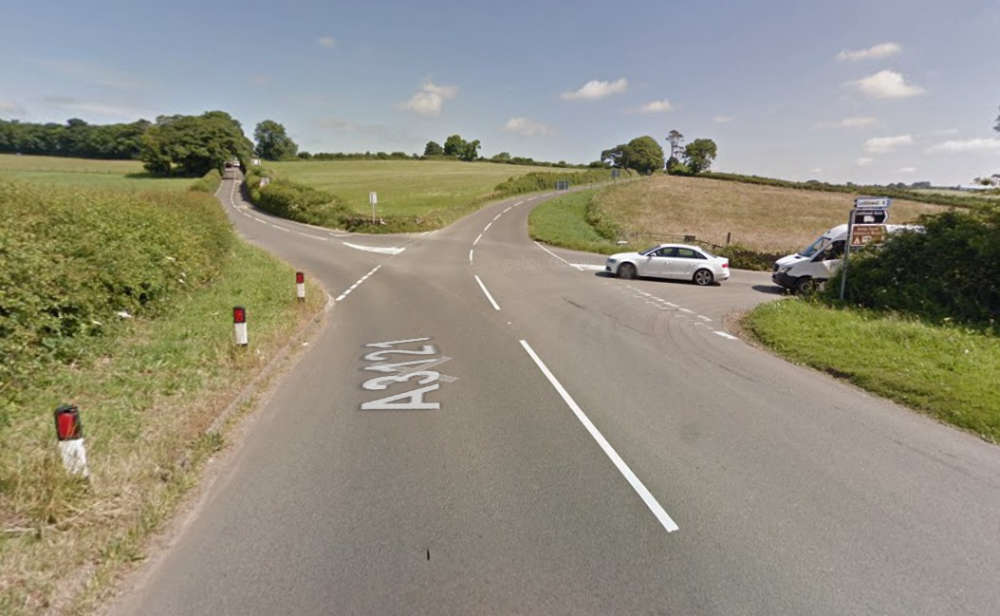 Kitterford Cross should be safer with a roundabout (courtesy: Google Maps)

Further improvements to make a ‘dangerous’ Devon road safer have been approved.

A new roundabout at the Kitterford Cross junction of the A3121 in the South Hams near Ivybridge, which is currently a crossroads, will cost £1.4 million.

It follows the start of construction of another roundabout, at Hollowcombe near Modbury Cross, to improve safety on the road. The two locations were previously identified as frequent spots for accidents.

A report to Devon County Council’s ruling cabinet on Wednesday revealed that, between 2012 and 2016, the A3121 recorded 31 ‘injury collisions’, of which six resulted in death or serious injury. The junction at Kitterford Cross recorded seven such incidents in this period, with a further four between 2017 and 2020.

In 2016, the Department for Transport included the stretch, between Wrangaton and Modbury Cross, in its ‘50 most dangerous A-roads in Britain’.

Devon County Council subsequently made a successful bid of £1.9 million to the government’s Safer Roads Fund to improve the road, which includes the  roundabout at Modbury Cross. The cabinet gave unanimous backing to the Kitterford project and is adding £1 million of council money to the construction.

Councillor Stuart Hughes (Conservative, Sidmouth), cabinet member for highways, said: “The proposed roundabout improvement scheme will offer a significant improvement for the safety of road users in this area.

“Over the last year, the other improvement works at Modbury Cross roundabout, due to be completed this year, have been progressing well and delivery of the new roundabout at Kitterford Cross will be the final major milestone in completing this Safer Roads Fund project.”

Councillor Roger Croad (Conservative, Ivybridge) added that the improvements were “not before time” and called the current crossing “dangerous”. The opposition Liberal Democrat and Labour leaders on the authority also supported the scheme, which will be built to the northeast of the existing crossroad.

Councillor Dan Thomas (Lib Dem, South Brent and Yealmpton), said: “This roundabout will be infinitely better than the current junction and will provide a safer standard of road. Along with the roundabout at Hollowcombe and other improvements, it will make a huge difference to everyone travelling on this route.”

The current crossroads layout at Kitterford Cross means the A3121 does not have priority through the junction, despite carrying the majority of traffic. Visibility on the approach is also restricted by the existing layout, topography and hedgebanks.

In a report to cabinet on the project, Dave Black, head of planning, transportation and environment said: “This project is in line with Devon’s Road Safety Vision that every route should be available to everyone, free from risk or fear of harm. The scheme will help to improve the A3121’s safety record at Kitterford Cross where a number of people have been and continue to be injured.”

It is hoped that construction work could begin in the early autumn, if land agreements and surveys are completed, along with the final scheme being approved.