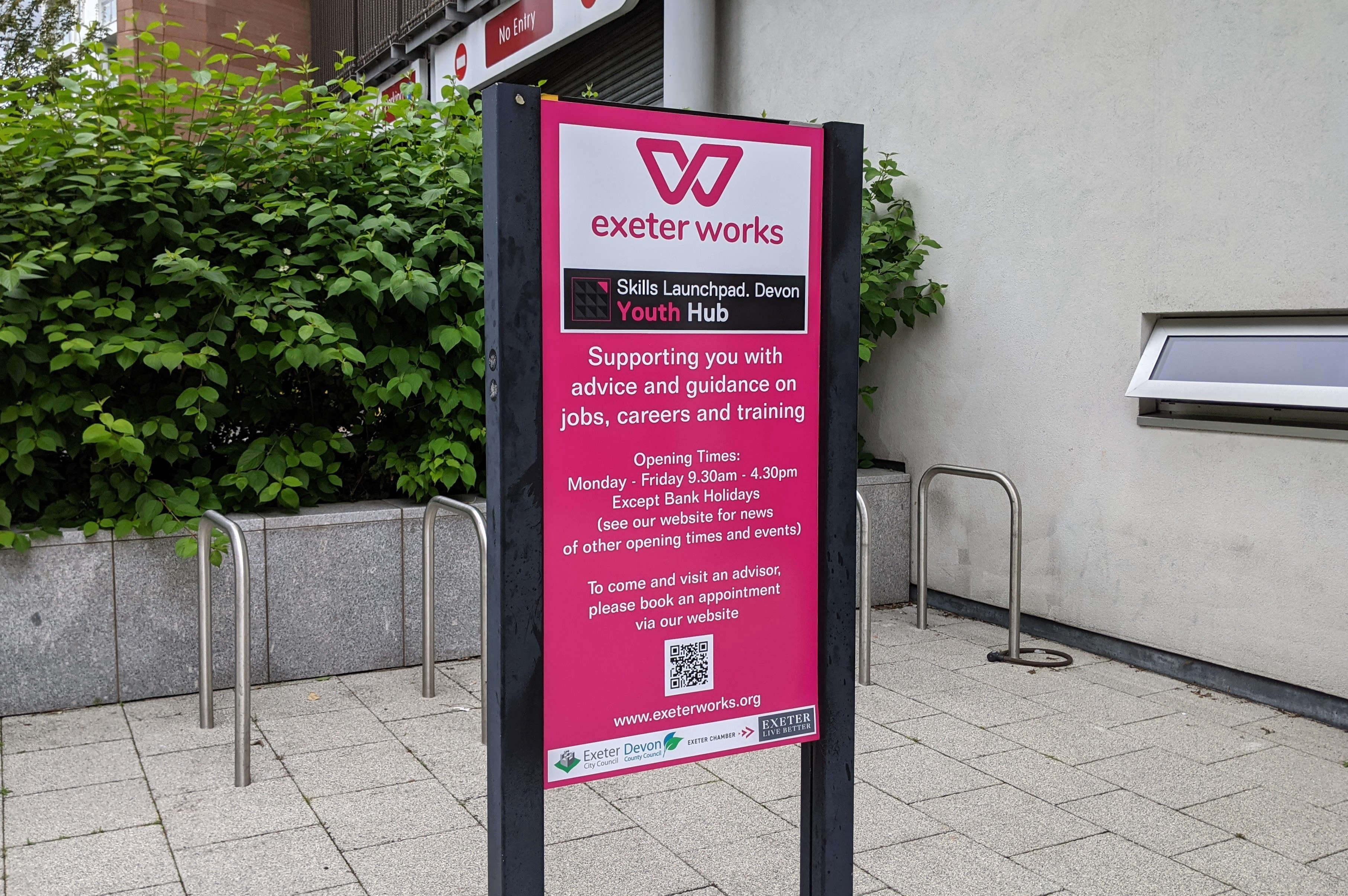 It's for everyone wanting jobs advice

A new service to help people get back into work has been set up in Exeter.

Exeter Works, funded by local councils and the government, and run in partnership with Exeter Chamber of Commerce, has opened at the former tourist information centre in Princesshay. It provides support to people of all ages who need advice and guidance about jobs and training.

Based at the centre is Youth Hub Devon, funded by Devon County Council, which gives free and impartial careers and training advice to young people aged 16 to 24.

Both ventures have been created courtesy of a £195,000 funding package from Exeter City Council, Devon County Council and the Department for Work and Pensions.

Other organisations, including the National Careers Service and Exeter College, are also providing staff at the hub from time to time, as part of their roles and existing contracts. Exeter Chamber directors will also operate from the centre occasionally to provide advice to businesses.

Councillor Rachel Sutton (Labour, Exwick), who is responsible for skills at Exeter City Council, which runs the Exeter Works says: “There are a lot of people who, for complicated reasons, haven’t yet got their foot on the ladder. Young people just leaving college, for example, or people who, because of the pandemic, are having to reassess their careers and maybe change direction.

“It’s an opportunity, working in partnership with the county council and with the DWP, to actually just find those young people, or people looking for career changes, and put them together with businesses so they can get going on the next stage of their careers.”

Maia Thomas, an Exeter-based equalities activist, says: “It’s so important because there’s so many young people who have been affected by the pandemic.“

She added: “They really need help and need their confidence built back up again. They’ve suffered through lack of jobs, lack of confidence and being isolated, so having Exeter Works that can continuously support them is really important.”

“We’ve got young people who have already told us that their mental health is declining because of the fact that they can’t get work, but on the flip side we’ve also got some employers that are saying they are crying out for staff. We’re hoping the centre will help us bridge that gap.”

Kate Curtis, service leader for DWP in Devon and Cornwall, added that the service will provide “a place for young people to get the advice and support they need to move into work”.