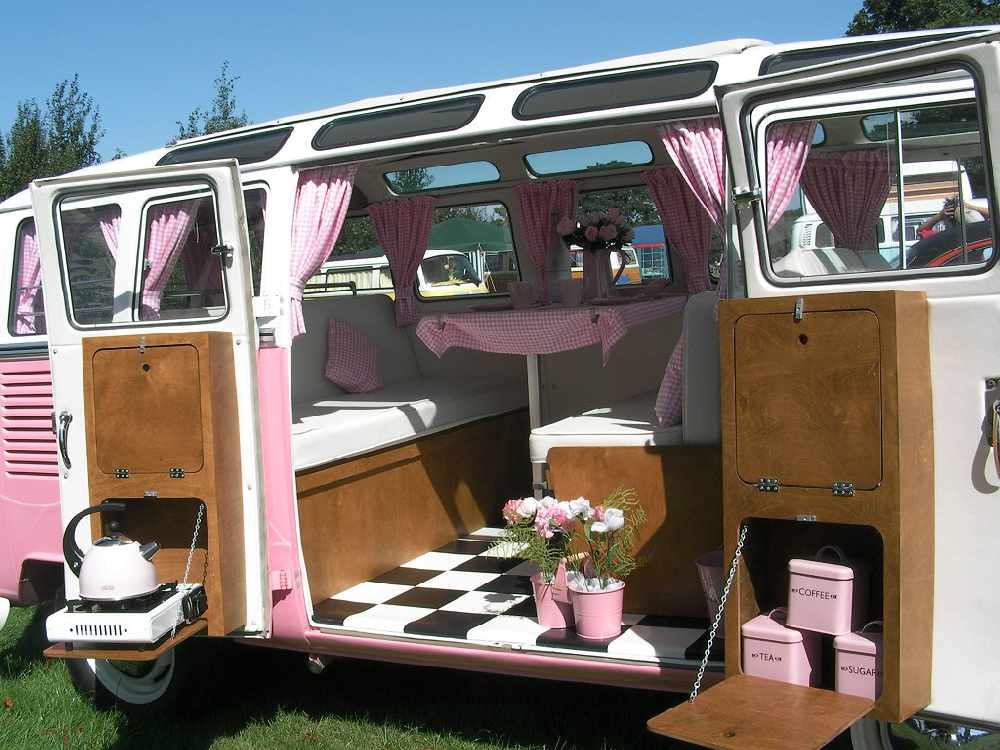 Pain in the aires

A new lobby group called the Campaign for Real Motorhome Aires UK (CAMpRA) have criticised call made by a parish council in North Devon that all campers should use designated campsites.

The organisation, created just months ago, wants the country to create 'aires' - a term from the French 'aire de camping-car' meaning a stopping place for campervans and motorhomes. It hasn't said why an English word which doesn't need explaining would do.

Mortehoe Parish Council in North Devon, which covers Woolacombe beach, is urging the authorities (although it's not clear which ones) to change the legislation so that campers, camper vans, caravans and motorhomes use existing registered and approved camping and overnight areas for overnight stays.

It follows an increasing number of visitors to the parish who are parking up by the side of roads or in ordinary parking spaces and spending the night, or camping for three or four nights or longer.

Cllr Don Duffield, chairman of the parish council, said: “We have no problem with visitors to the area – in fact the whole village encourages them – but in the proper place namely the number of camp sites that there are in the local vicinity.”

In a letter to Boris Johnson, the parish council said that because there is often a lack of proper drainage or sanitation, subsequent visitors to these spots are, unknowingly, often walking through, sitting in, or playing in areas contaminated by effluent and waste from unauthorised overnight visitors.

But Carolyn Mitchell from CAMpRA said she was saddened to read of the calls and said that the ‘lumping in’ of motorhomes and wild camping was wrong. She said large numbers of campsites were unsuitable for motorhomes and that unless towns and villages do more to welcome motorhome tourists, they will the majority of will head towards Europe instead of staying in the UK.

She said: “Unfortunately the advent of Staycation 2020 led to many people taking up camping as the only possible way of having a holiday, and it seems that this year will be even worse since the usual package holidays are unlikely to be available. Sadly the majority of these campers do not have their own sanitation, and as the campsites are already fully booked for this year, the problem is likely to continue.

“However, to lump motorhomes in with these 'wild campers' is entirely wrong.  Motorhomes are self-contained, with their own toilets, washing/showering and cooking facilities, and the vast majority of owners follow the code ‘leave no trace’. This means that they tend to clear up not only after themselves but also after other people who find it acceptable to throw litter around.

“There are over 386,000 registered motorhomes in the UK and they spend around £850 million each year.  Under normal circumstances, the majority of this spend takes place in Europe - because of people like Cllr Duffield.

“Yet, with very small and inexpensive amendments to existing car parks to allow motorhomes to stay overnight, a considerable amount of this income could be spent in the UK economy.  They say that Woolacombe welcomes visitors – it doesn’t sound like it.”

She added: “We are actively campaigning for the provision of European style aires – dedicated motorhome overnight parking, with or without facilities – here in the UK.  And we are having considerable success in changing the public perception of, and attitudes towards, motorhomes.  We are working with many councils, encouraging and advising them how they can take advantage of the spending potential presented by motorhomers.

“Staycation is not going to go away – but unless towns and villages do more to welcome motorhome tourists, they will find that once we are let out again, the majority of UK motorhomers will head towards Europe to spend their money – and take advantage of the thousands of towns and villages who welcome us with open arms.”

It comes as East Devon District Council are exploring whether Exmouth’s former lorry park which overlooks the Exe Estuary could become a dedicated location for motorhomes and camper van pitches.

The site off The Royal Avenue, near to the train station, has been put forward as a possible location in East Devon where ‘appropriate facilities’ would be provided by the council to allow longer stays, and for which a premium overnight rate comparable with commercial campsites could be charged.

Subject to approval by cabinet at a later date, the council would begin a formal consultation process Natural England this winter to consider the impact of the first such development on the site of Exmouth’s former lorry park adjacent to the Estuary, although Andrew Ennis, East Devon’s service lead for car parks, said that this could be a ‘significant hurdle’ to overcome.

And plans this week have been submitted for use of part of the land at the Honiton Show Ground in Gittisham as a caravan site for up to 100 tents, touring caravans and motorhomes from April to October of each year.

The application says that this proposal will add an additional much needed tourist facility to East Devon, and that the existing Honiton Show site will be much the same as existing, except that these additional facilities will be provided for exhibitors to safely camp during the show.