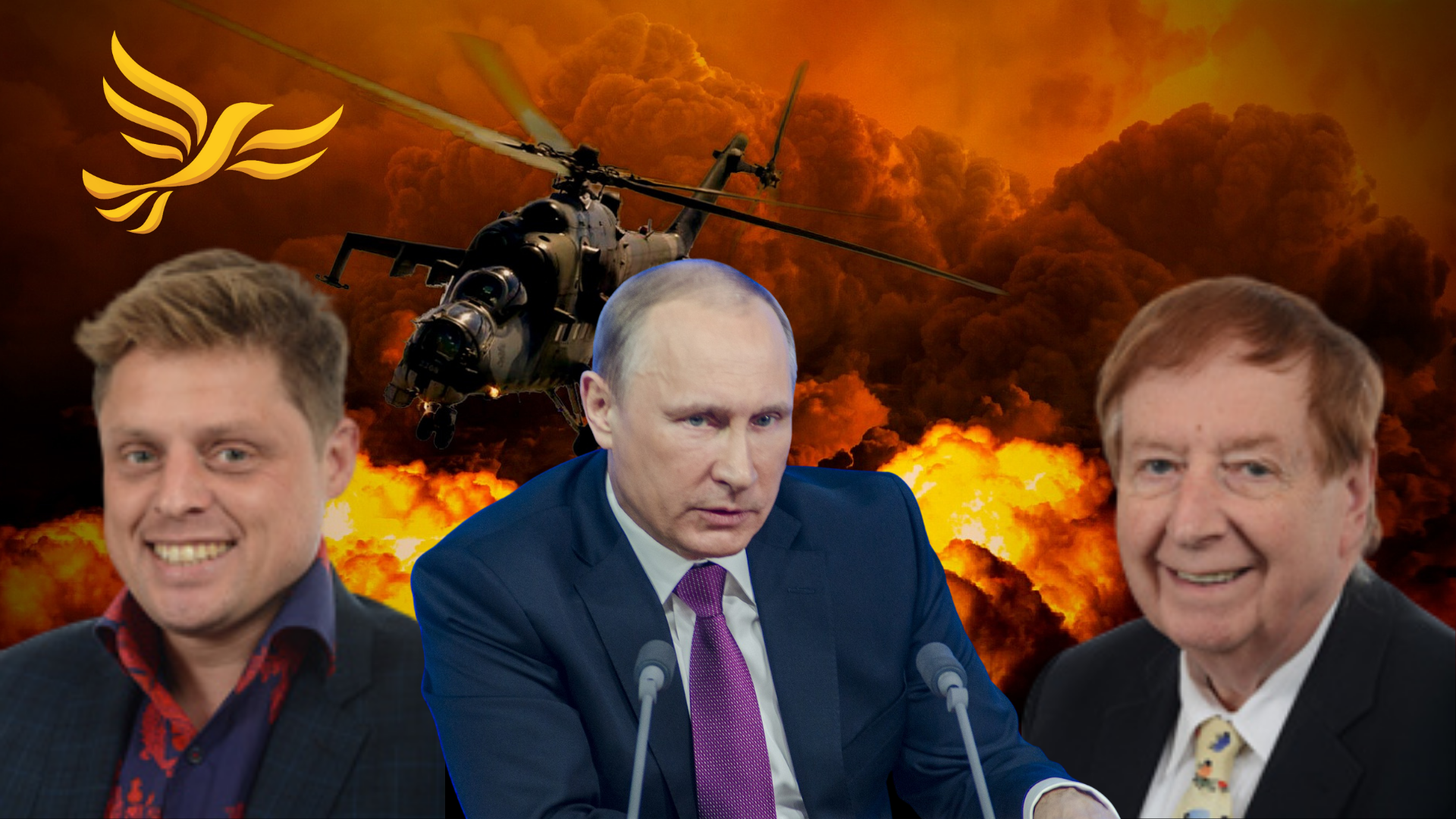 A Lib Dem councillor has slammed his own leader’s proposals for temporary virtual meetings, describing them as an anti-democratic, Vladimir Putin-style “power grab.”

But fellow Lib Dem councillor for South Molton, Matthew Bushell, couldn’t object more strongly. He told the full council meeting: “This sounds like a play straight out of Putin’s book, turning council into an oligarchy.

“I’m really concerned that at a time when democracy is at its most fragile we are thinking we will remove democracy from these decisions and hand it over to someone else.”

Famously, over the years, President Putin has ordered the murders of several people on British soil and sent Russian troops to invade his neighbours.

However, it is not known what his position is on holding meetings by Zoom.

Oligarchical concerns didn’t stop Cllr Worden defending his motion. “It just seems to me that under these circumstances that virtual meetings are the way forward, temporarily,” he said.

“This is not a power grab as some people might think. This is just being sensible, I think, at this particular time when the virus is spreading rapidly throughout the country and we’re likely to get it.”

The temporary virtual system would have been similar to a system at East Devon District Council (EDDC) where, to minimise covid risks, the council holds the vast majority of meetings over Zoom. They reach ‘indicative decisions’ which are then rubber-stamped by the council’s chief executive or senior officers.

By law, some decisions, such as setting the annual budget and council tax,  still require physical meetings.

Chief executive of North Devon Council Ken Miles said: “This is not some sort of power grab by megalomaniac officers. It’s a direct response to the concerns that have been raised by councillors.”

Nevertheless, Cllr Bushell blasted the proposals endorsed by his leader: “I don’t think we should give any additional powers which take away democracy. I do think it’s a power grab.

“I think if I was an officer I would love to be able to make delegated decisions. It must be a right faff them having to deal with councillors and councillor’s opinions and organising meetings.

“The whole idea of democracy is that councillors are the bridge between people’s views and the actions which are taken – and we’ve seen what happens when politicians don’t follow the rules.”

He said that the idea was particularly flawed when covid numbers were dropping across the country, adding: “The government are saying ‘we’re opening back up again’ so why at this point are we handing democracy over to either officers or the leaders of our groups who aren’t necessarily going to have the views of all the members in their group.”

Nevertheless, NDDC won’t have to concern itself with the intricacies of a largely remote system, after councillors voted against the move.

Most local councils have been meeting in person since last May after being allowed to meet virtually during the first waves of covid. The High Court ruled in April 2022 that councillors cannot officially make decisions virtually under current legislation.

But from last July, East Devon councillors have been holding ‘consultative’ meetings where decisions are effectively rubber-stamped by officers. The council’s meetings are streamed live on YouTube, arguably making them more accessible and thus easier for residents to scrutinise elected local politicians.

Speaking on his council’s arrangements, EDDC councillor Jack Rowland (Independent East Devon Alliance, Democratic Alliance Group, Seaton) said: “I actually think our democracy has been improved by what we’ve been doing because we’ve got a greater attendance through Zoom meetings.

“It doesn’t detract from the public getting involved at all. In fact, I understand the public viewings of recordings of council meetings are higher than if we had face-to-face meetings.”

The vast majority of North Devon District Council’s meetings are not available for residents to view online. Following the council’s vote, this is unlikely to change anytime soon.