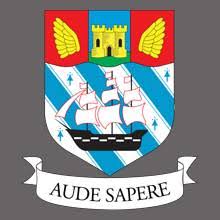 Students at Torquay Girls’ Grammar School are passionate about climate change issues. They started a vegetable garden, got single use plastic banned in the canteen and introduced meat-free Mondays. As under 18 year olds are unable to vote, they created a forum to influence policy makers instead. They started an e-petition ‘Consult With Focus Groups Of Young People When Creating Climate Change Policy’ to ensure young people had a say on decisions about climate change, and created a video to promote it.

Using their lunchtimes to spread the word, they engaged with MPs, peers, councillors, other schools and community groups. Anne-Marie Morris MP raised their issue in a debate in parliament and they even received a letter of support from Sir David Attenborough! They are now lobbying leaders to facilitate a student climate conference in the future.

Dr Nick Smith, Headteacher at Torquay Girls’ Grammar School said:“The girls are delighted to receive this award for their campaign to get their voices heard in the climate debate. They are particularly pleased that they have managed to achieve this through the democratic process.”