Planned new primary school being built 'in the wrong place' 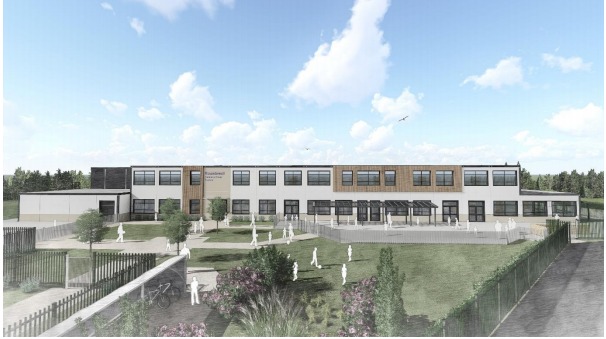 Residents of Roundswell, on the edge of Barnstaple, have objected to the proposal

Roundswell residents say that plans for a new 420 place primary school on the edge of Barnstaple is being built in the wrong place.

The new school would be known as the ‘Roundswell Community Primary Academy School’ and is set to be built on land west of Tews Lane.

Permission for 350 new homes to be built on the site has already been granted, as has the principle of the new school.

But the Roundswell Residents Association say that the school is being built in the wrong place, and the originally proposed site on the other side of Roundswell at Old Bideford Road is a far better location.

Ian Capon, from the Roundswell Residents Association, said: “We would like to make it clear that we are not opposed to having a new primary school in Roundswell. What we are opposed to is the siting of it at Tews Lane.

“Since 2012 in excess of 1,000 homes have been built in the vicinity of Tews Lane with no improvements to the local road network. With every new development, as the Parish Council predicted, the cumulative effect has led to the unacceptable level of traffic congestion we now experience and the new school will only make the situation worse.

“The school will be at the end of a no through, totally inadequate residential access road on the far side of a housing development with no allocated parking and with the entrance and exit onto the most congested part of the Old Bideford Road which is already at a standstill most mornings.

“Residents are already being late for work and school, medical appointments are being missed and care workers are being delayed getting to their clients. People’s lives are being disrupted on a daily basis due to the volume of traffic and the school at Tews Lane will only make the situation worse.”

Mr Capon said that the new school should instead be sited where it was meant to be in the first place on the other side of Roundswell.

He added: “Unlike the site at Tews Lane, this one is better served by public transport, cycle ways, footpaths and safer roads with pavements which would reduce school traffic and have less impact on the already severely congested roads. It would also be better placed to serve the new housing developments at Larkbear which will have over 1,000 new homes.”

The land that was originally set aside for the new school is currently subject to an outline planning application for 110 new homes, which has been submitted by the county council. It is expected that both applications will be determined by North Devon Council’s planning committee.

He added: “Devon County Council are trying to force the school through onto a totally unsuitable location against the wishes of both local councillors and residents. It has galvanised people not only in Roundswell but also across neighbouring parishes to come together to say enough is enough.

“They have said they had considered alternative sites but in their opinion Tews Lane was the best option. They offered no explanation of how or why they had come to this conclusion when our local elected representatives and residents who actually live in the area had been telling them for years that the proposed location at Tews Lane was the wrong one.”

The reserved matters application for the details of the two-form entry primary school for 420 children and 39 place nursery, to be known as the ‘Roundswell Community Primary Academy School’, has been submitted to North Devon Council.

The school will be operated by the Tarka Learning Trust and is expected to have an initial September 2020 intake of 60 reception year children, including a 30 place reception class being accommodated temporarily at the Newport Community School Primary Academy from the 2019/20 academic year. The September 2020 roll is also expected to have a full 39 place nursery provision.

The proposed school site is owned by Devon County Council and the land-use principle of developing this site for school use has already been established. It will be located on the northern edge of the new housing development site with access via the estate road.

Documents submitted with the application say: “This will deliver the new primary school earmarked for the site under the approved plans for the wider housing development. The land use acceptability of the proposed school development in planning policy terms has already been established under the original outline planning permission.

“The proposed development would use the land efficiently and effectively for its intended purpose and would meet the Council’s policy expectations for high quality and enduring design.

They add: “The scale of additional house building in the area, either committed or planned, is significant and will in itself dictate the need for additional forms of entry to be provided in this catchment to meet the projected child-yield demands from these developments.

“The proposed school will form an important part of the essential supporting infrastructure needed in the area to sustain this level of housing growth and ensure community wellbeing.”

North Devon Council planners will determine the fate of the application at a later date.