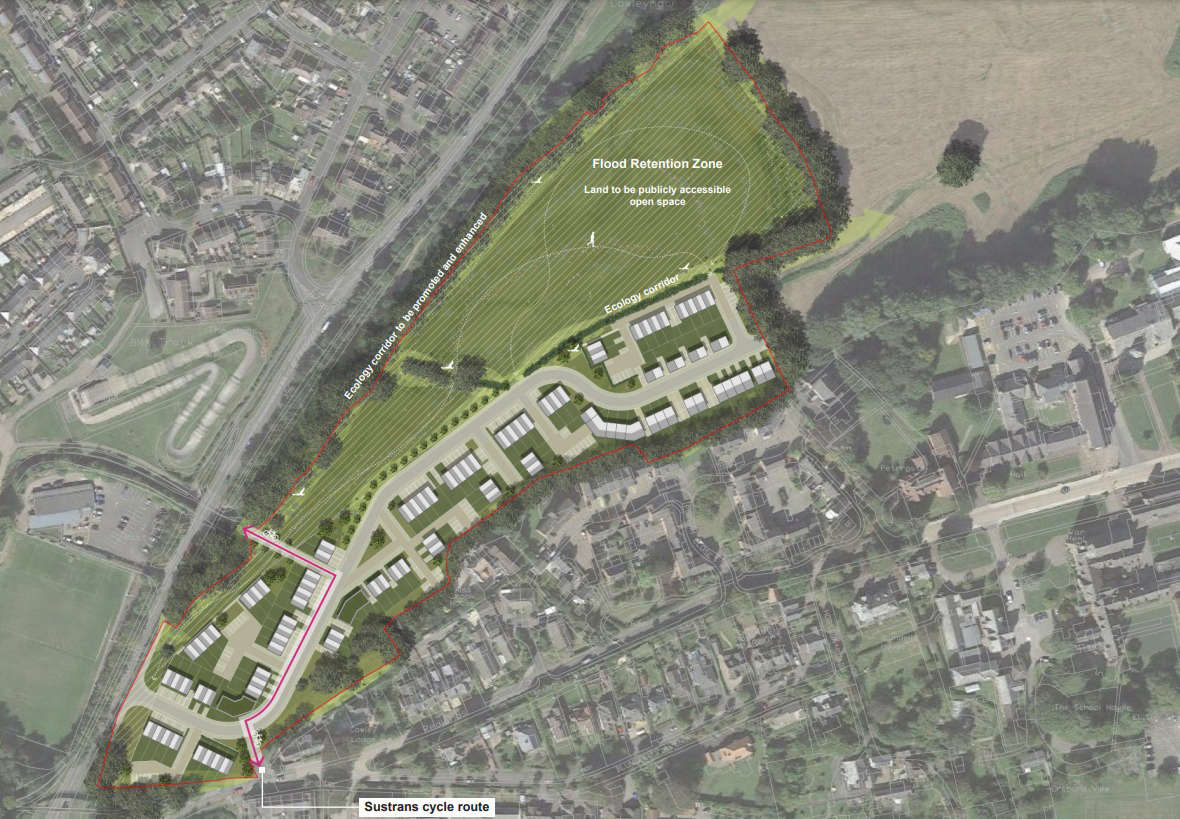 It would mean a metal scrapyard would have to move

Up to 120 new homes could be built on the site of a petrol station and scrapyard in Tiverton.

Part of the land between Blundell’s Road and Heathcoat Way is currently home to Horsdon Garage filling station and the Newbery Metals waste metal recycling depot.

A plan submitted by XL Planning Ltd. for applicant Russell Toghill proposes a combination of two and three-storey properties accessed from a new entrance off Heathcoat Way. Existing vehicle access from Blundell’s Road will be reduced to pedestrian and cyclists only.

The site near the River Lowman, is a combination of brownfield and greenfield land with the development proposed to be built on “predominantly brownfield land.”

Despite being in a flood zone, the application claims the development can help reduce flood risk to Tiverton town centre by “reprofiling” the areas nearest the river that are planned to be set aside for green open space.

Newbery Metals needs to relocate before any homes can be built, and there is a warning that previous activity on the site may have led to contamination.

A land report recommends further ‘intrusive’ investigation, saying: “It may be the case that some areas of the site might not be suitable for residential use; although they could be suitable for parking and hard landscaping.”

Tiverton Town Council objects to the plan, expressing concerns about road safety, contamination, and the loss of a “valuable shop/garage amenity,” concluding it is “overdevelopment.”

However, the proposed development is within an allocated site in the Mid Devon Local Plan, and the planning statement says the properties would make “a significant contribution to housing supply in Tiverton.”

It says the new vehicle access from Heathcoat Way will “reduce traffic pressure at the western end of Blundell’s Road and provide a strategic road link opportunity,” concluding the scheme “can be considered sustainable development and … should be approved without delay.”