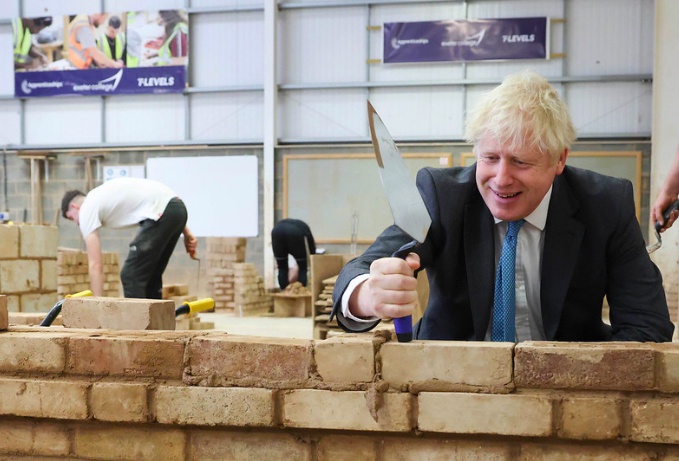 Announces free courses for adults without A levels

Prime minister Boris Johnson took to a podium at Exeter College on Tuesday for a major government policy announcement.

The hastily organised visit, to which local media including Radio Exe were excluded, allowed the PM to take advantage of photo opportunities unencumbered by the nuisance of Devon journalists being allowed to question him on his Devon visit. He was at the college's vocational training centre to announce plans to allow adults without A-Levels or equivalent qualifications to get a free, fully-funded courses from next April, paid for  through the National Skills Fund. A full list of available courses will be set out shortly.

The prime minister said higher education loans will also be made more flexible, allowing people to space out their study across their lifetimes, take more high-quality vocational courses in further education colleges and universities, and to support people to retrain for jobs of the future. The reforms will be backed by continued investment in college buildings and facilities – including over £1.5 billion in capital funding. More details will be set out in a further education white paper later this year.

Along with students and staff at the college, East Devon Tory MP Simon Jupp kept the prime minister at a safe distance. Mr Johnson had a go at planing wood and cementing bricks. His hero Sir Winston Churchill, about whom Mr Johnson has written a witty biography, used to revel in manual work such as bricklaying. Mr Johnson's other political friend, President Trump, is also known to like building walls. 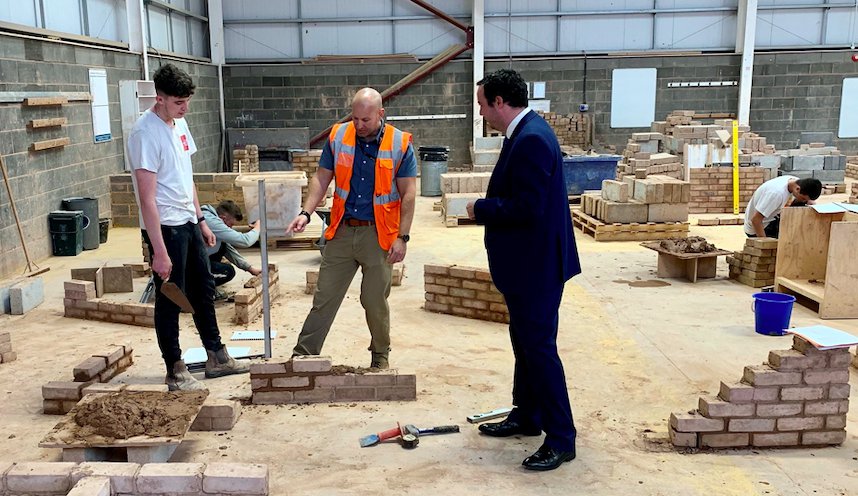 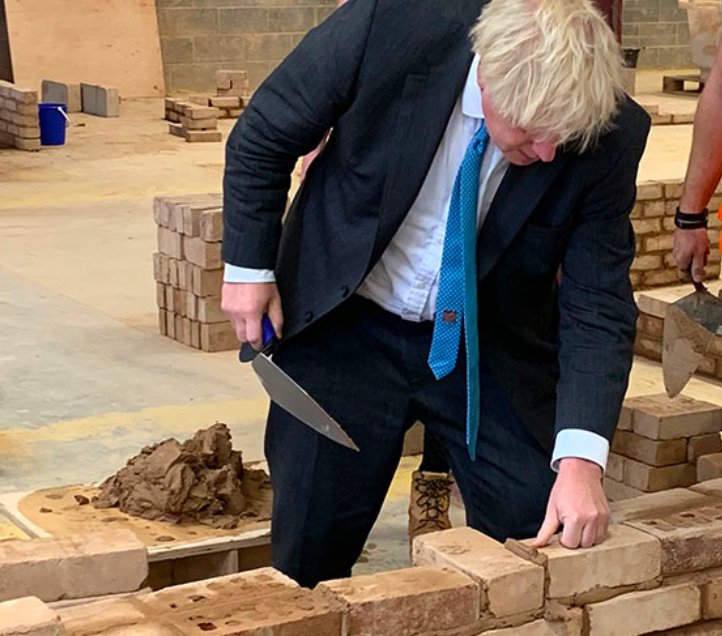