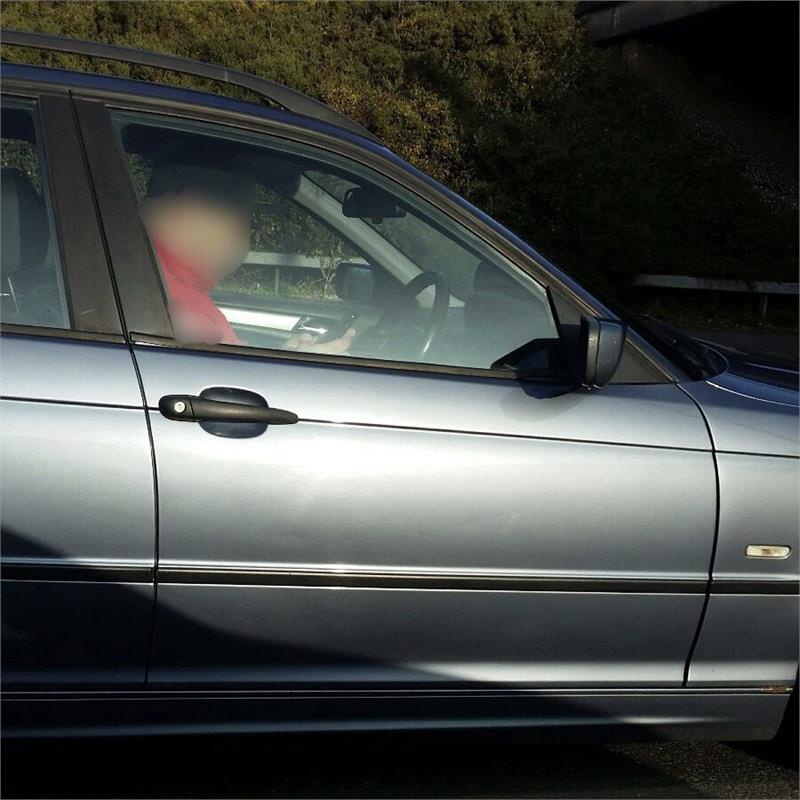 Devon and Cornwall traffic officers, including a special team called 'No Excuse' have been out in unmarked cars and even an unmarked heavy goods vehicle owned by Highways England to crackdown on motoring offences - spotting 96 of them over four days.

They've dubbed certain offences the ‘fatal five’: speeding, not wearing a seatbelt, being distracted at the wheel, driving under the influence of drugs or alcohol and driving careless or inconsiderately.

Between 7 July and 10 July 2020, they detected offences including 15 drivers using mobile phones (three of whom were HGV drivers), 35  speeding drivers, three people not wearing seatbelts, seven careless driving offences and one positive breath test for being over the alcohol limit. One of the speeders was clocked at 106mph and undertaking other vehicles in a 70mph zone.

Other offences included 18 vehicles having no insurance (13 of which vehicles were seized), no driving licence, no MOT (prior to covid-19 exemptions), having an insecure load, tyre offences, cannabis seizures and driving with no tax.

Police constable Sarah Harvey, of the alliance roads policing team, said: “It is saddening to see that people are still continuing to flout road traffic offences and demonstrates our need to prioritise keeping residents and visitors safe on our roads. Speeding and mobile phone use at the wheel made up a large proportion of offences, and these not only put themselves at risk but other innocent road users if a collision were to occur. With more vehicles on the roads again following the lockdown, people should take more care and check over their vehicles for road worthiness.”

Alison Hernandez, police and crime commissioner said: “Unfortunately the huge reduction in traffic that we saw during the lockdown was not matched by an equivalent reduction in the numbers of people killed and seriously injured on the roads in Devon, Cornwall and the Isles of Scilly.As chair of the South West peninsula road safety partnership I am absolutely committed to significantly reducing the harm caused by dangerous driving and disappointed that this proactive police activity showed that so many people were still prepared to put the lives of others at risk.

“Recent studies shows that enforcement plays an absolutely vital role in promoting better driving habits and the force will always have my full support in reducing the tragedy that it meted out time and time again on our roads. Now summer is upon us the roads are getting busier. I’d urge all road users to take their time and put safety first.”