Police funding shortfall due to tourism 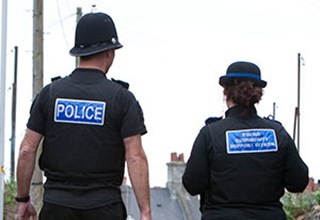 They're asking for extra government funding to address the issue.

Devon and Cornwall Police is unpaid to protect a population the size of Exeter due to the influx of summer visitors, according to the Office of the Police and Crime Commissioner.

The region's Police and Crime Panel heard today that the two counties and six islands host 40 million overnight stays from domestic tourists - 12% of the England and Wales total and more than any other force.

In addition international travellers contribute a further five million stays. Spread across the year the combined figures mean a population rise of 125,000 people – about the size of Exeter only spread across a wide geography.

The data from the Office for National Statistics, which uses a three-year average - was presented to the panel by Chief Constable Shaun Sawyer and Police and Crime Commissioner Alison Hernandez, who have been lobbying Whitehall for more funding to recognise the issue and to ensure both visitors and the settled population remain safe.

The force has noticed a rise in calls for service in recent years during the summer months, the panel, made up of councillors from around Devon, Cornwall and the Isles of Scilly, was told.

The number of incidents reported to police in August rises in several police sectors by more than a third when compared to March. These include Bodmin (32%) Newquay (53%) Penzance and St Ives (34%) and Totnes and Dartmouth (32%). But the impact of the visitor influx on policing is felt throughout the year and in communities that have little or no tourist trade as it draws resources from these areas, the panel was told.

The OPCC is applying to the @ukhomeoffice for a Special Grant to recognise the unique attributes of the #Devon and #Cornwall force area.

PCC Alison Hernandez said: “It’s fantastic that our tourism sector has enjoyed such incredible success in recent years. With its incredible coastline, stunning countryside and outstanding hospitality sector it’s no wonder people want to visit us.

“The figures show that the rise in our population begins in April and runs on until October – it’s no longer confined to the school summer holidays.

“I want the Government to recognise that we are not funded to police this additional population adequately. Locally we’ve done our bit and our taxpayers have helped to fund a rise of 176 more officers since 2016, now we want a fair deal so that we can secure our place as one of the safest places in the country to live and to visit.”

The Office of the Police and Crime Commissioner is applying to the Home Office for a Special Grant to recognise the unique attributes of the Devon & Cornwall force area.

“Because of the geography parts of our patch are extremely isolated. For example, it’s harder to call in support from other forces than it is for others,” Alison said.

“We also have the largest police force area in England, with some hard to reach communities within it, so we’re asking for help to recognise these unique set of circumstances.”

The Special Grant is a £73m Home Office fund designed to help police forces meet additional costs incurred through unexpected or exceptional events. Several Devon and Cornwall MPs have pledged to support the application after a briefing in Westminster last month and a Home Office advisor has been advising the Office of the Police and Crime Commissioner on its application.