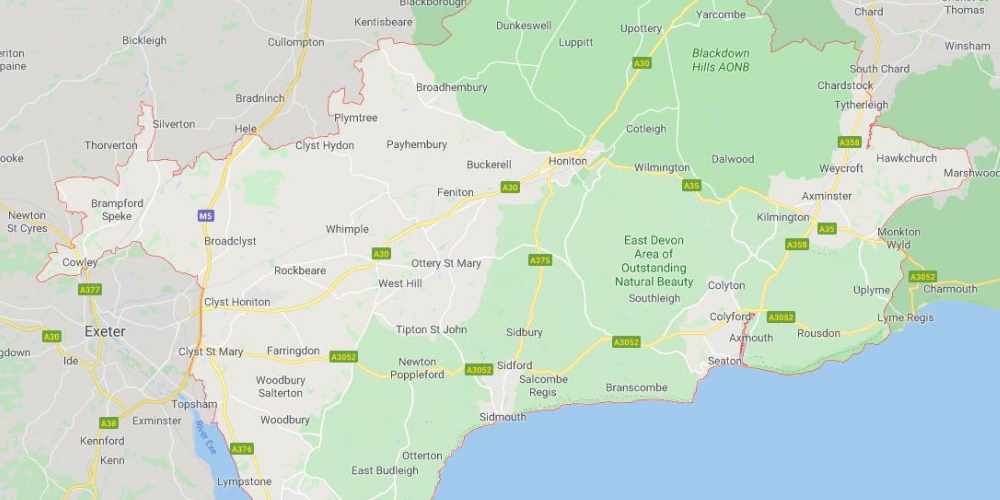 The concept of a ‘network of linked villages’ being built in the North West Quadrant area of East Devon will be investigated.

The Exeter bid would see around 12,000 new homes built in the city as part of the Liveable Exeter vision and has already been agreed by their council.

The potential for strategic scale development in the North West Quadrant area of East Devon was also identified and the discussion concept of a network of linked villages, referred to as Clyst Villages, was put forward as part of the successful application.

Around £50,000 of funding has currently been granted to East Devon to be used to get expert advice as to how any development could be progressed.

The committee heard that that did not mean that development would take place in the area but would be the start of a conversation through the Local Plan about the infrastructure and other support available to ensure that future growth in the area is as high quality as possible, nor did it commit the council to pursuing any development.

It follows the committee back in September endorsing principles for growth which outlined that the north-west quadrant of the district, between the north of Exmouth and west of Ottery St Mary, was the least constrained part of the district for accommodating growth and would be the ‘logical’ location for any growth to take place.

No decision as to whether a new town, a series of new villages, or expanding existing villages would be the preferred option for development has yet been taken.

The villages of Poltimore, Huxham, Clyst St Mary, Clyst St George, Ebford, West Hill, Woodbury​, Woodbury Salterton, Exton and Farringdon would be most likely to be included as ones that could be expanded further, based on them being in the quadrant and close to existing infrastructure.

Cllr Mike Allen said: “With the Exeter and East Devon Garden Communities bid, Exeter is getting 12,000 homes but between the rest of us, we have to divvy up 8,000 homes. It is important to look at where the Clyst Villages development will go, as I am very concerned about what is an excellent idea doesn’t get hijacked into allocation of land into places where we don’t want it. “

Mark Williams, the council’s chief executive, said that the council can secure £50,000 from Homes England to do greater scoping work as for the potential of it, before a report would come back to the committee to see if it was something that was possible and ‘had teeth’.

A report of Andy Wood, Projects Director, to the meeting, outlined how if there is to be further large scale development in the areas, how this could best be delivered.

It added: “Garden Communities status will help to support this process both directly through additional revenue funding and indirectly through greater government support referred to as ‘brokerage’) going forward. It is also an opportunity to engage with other local authorities in the programme to share experience and best practice.

“Ultimately garden community status provides an opportunity for the Council to demonstrate real leadership of place and to ensure that we have the necessary tools and resources at our disposal to achieve our ambitions.”

The committee agreed to acknowledge the importance of having effective delivery vehicles/mechanisms in place at the earliest stage possible in order to support the development of high quality places and recommended to Cabinet that support for the Exeter and East Devon garden communities status be confirmed.

Councillors also backed the latest timetable for a major strategic blueprint for development around Exeter.

Mid Devon, East Devon, Teignbridge and Exeter City Council, in partnership with Devon County Council, are teaming up to create the Greater Exeter Strategic Plan, and East Devon’s Strategic Planning Committee backed the latest timetable for the plan which will provide the overall spatial strategy and level of housing, and creation of jobs and employment land to be provided up to 2040.

Initially sought for adoption in June 2020, its initial rejection by the committee last Autumn, combined with a change of administration at three of the four councils in May’s election, the new timetable will see Draft Policies and Site Options come forward next summer and the plan adopted in April 2023.

Ed Freeman, the council’s planning strategy and development manager, told the committee that the proposed scope and timetable are considered to be the best approach to deliver the Greater Exeter Strategic Plan and members endorsement of this approach is needed to ensure that work on the GESP can move forward.

The council’s chief executive, Mark Williams, added that people don’t live their lives in council administrative boundaries and that working in partnership was the best way to ensure the required infrastructure improvements and more likely to be delivered.

Cllr Philip Skinner said: “We are going to have the housing numbers whether we like it or not, and we cannot put off and delay this as there is a much bigger vision than just focusing on that. This is a really exciting project and I hope people grasp it with the enthusiasm that I have so we get the good things for the area that we live in.

“This is an extremely important document that we should be signing up to this now and I am bang up for seeing this comes forward in the right way.”

He said that councillors needed to either wake up and smell the coffee and back it, or central government could look to impose a Unitary authority on the area, which wouldn’t work.

Cllr Mike Howe, chairman of the development management committee, said that the eventual GESP would have to be agreed by the full council.

He said: “If we don’t like it then we can reject it. It will throw chaos into our planning system but it is our choice when we see the documents to say yes or no as a council. If we don’t do the GESP, we will have to do the allocations for the new housing in the Local Plan. The GESP brings it together across the district and we can work together on joint infrastructure.

“There has been complaints about GESP been done behind closed doors, but last year when it came to us, we threw it out as we didn’t like it. The work has to be done anyway so let us try and get the best for the area as if we don’t do it then we probably won’t get the funds for the area, as much as I don’t like this.”

Concerns were also raised about the lack of governance and the opaque nature of discussions around GESP and the report referring to a member reference forum that will meet ‘as and when it is needed’, Cllr Paul Hayward said: “If there will be scheduled meetings then that is great but if it meets as a when needed then it is a recipe for disaster.”

Mr Williams said that the expectation that member reference forum will make regular reports after their scheduled meetings back to Strategic Planning Committee.