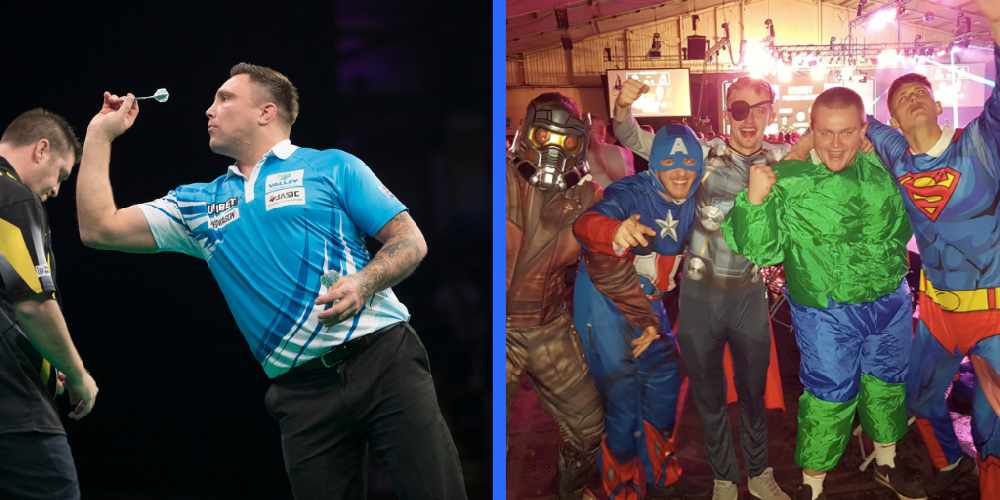 The ten best darts players in the world are competing in Exeter this evening as the annual Unibet Premier League darts returns to the city.

Despite the odds stacked against him, nerves definitely didn't get the better of Humphries as he showcased his potential in front of thousands at Westpoint and millions watching at home. The 24-year-old secured one point by taking a 6-5 lead against Price, who's ranked seventh in the world, with a flourish of precise throws. However, Price denied a memorable win as he battled back for his third successive draw.

Rob Cross, who was emphatically beaten against defending champion Michael Van Gerwen last week, returned to winning ways with an impressive victory against Gurney - his second win of the campaign. With the crowd in his corner, the worlds number two stormed in front early on and maintained his encouraging momentum throughout to secure the highly entertaining 7-1 victory. He's now hot on the heals of league leader Gerwen - who plays James Wade later this evening.

Peter Wright's unbeaten run comes to an end with defeat against Suljovic. It was a game that could have gone either way, but in the end, the 46-year old came out triumphant as it finished: 7-4.

It's the game many have been waiting for - world number one Michael Van Gerwen takes centre stage. With the odds highly in his favour, It was a rocky start for the dutch star who wasn't at his high flying best. He could have easily been 5-1 up, but having missed a handful of golden opportunities, Gerwen allowed Wade to counter - as Wade took a surprising 6-3 lead. The world number one was on the ropes, which you don't see very often, and with the momentum behind his opponent, Wade secured the 7-3 victory. It's Gerwen's first defeat of his 2019 Premier League Darts campaign.

Last but not least, five time champion Raymond Van Barneveld battled it out against Michael Smith. Smith was a doubt for tonights game having just undergone surgery on his groin. The 28-year-old looked very uncomfortable, but like a warrior, he fought past the pain to stage another highly entertaining game of darts. Despite his disadvantage, Smith secured the win.