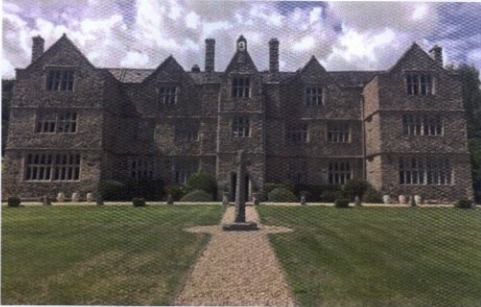 An historic 10-bed Manor House on Dartmoor can be used as a holiday let – but stag and hen parties will be banned.

Wording on a legal document setting out rules on who can stay at Canonteign Manor in Christow could cause problems for LGBTQ people who want to go. That's concerned a planning committee for Dartmoor National Park.

The Grade 1 listed stately home is mentioned in the Domesday Book and became a home for King Charles I and his troops when the war broke out in 1642 during the English Civil War. Liqun Peng who owns it wants Dartmoor National Park planners to give permission for it to be used as a holiday let. They've agreed, subject to an acceptable unilateral undertaking being signed off. This is a legal document that governs rules that the owners of the house have to abide by. The owners could end up in prison if they break the undertaking.

But the draft undertaking didn't impress everyone on the committee. It contained house rules to minimise impact visitors would have on neighbours, including a rule designed to stop hen or stag parties hiring the premises that said no same sex groups would be allowed to occupy the property. Committee members were outraged at the equality implications of such a policy and called for it to be removed.

Philip Vogel said he was very concerned as it is prejudicial against the LGBTQ community, while Mark Redners said that he found that line quite offensive and asked for it to be removed. Planning officer James Aven said the wording was likely to be changed to ‘no same sex groups unless otherwise agreed’.

Katherine Metcalfe, speaking on behalf of the applicant, said that there was no intention of them not being inclusive, but it was to try and restrict groups, such as hen and stag parties, that would cause the noise issues that neighbours were concerned about, and that the wording of the house rule would be looked at it detail with solicitors to ensure there were no equality implications.

Calling for the scheme to be approved, she added: “Canonteign Manor has seen centuries of change and transformed from a nearly derelict wreck to the house it is today, but the existing use as a second home is not the best way to maintain and preserve the fabric of the building and without it being occupied regularly then the upkeep is financial onerous. Even in the event of the sale, a new owner would pursue the same change of use. This will provide a sustainable and viable use for the building to sustain the ongoing running costs, and the concerns of neighbours have been addressed.”

Sally Morgan though said there were still too many questions, the application was premature, and that she would like to see the acceptable unilateral undertaking before making a decision on this. But Stuart Barker said that while members has clearly expressed their views about what should in the unilateral undertaking, the wording and final detail was for officers and solicitors to agree to. And James McInnes said that he was solidly in favour of approval and letting the officers agree the final details. He added: “This is an historic house that has to find its way to be maintained and looked after well, and a holiday let can do that. When the house was built, it would have been a bustling and busy place, and the use brought forward is reasonable.”

Recommending approval, the report of planning officers said: “The proposed boundary fencing and unilateral undertaking seeks to ensure that the pool is decommissioned, covered and that this area, in close proximity to neighbours on the southern boundary, is not available to guests. Furthermore, reasonable endeavours would be taken to secure compliance with the ‘house rules’, which include restricted times for other outdoor activities.

“Officers are of the opinion that an objection based on the risk of disturbance and impact on the amenity of neighbouring residents would be difficult to substantiate given the reduced scheme now proposed and the authority’s ability to control the use and activities by condition and through the undertaking. It is therefore considered appropriate to recommend that the application be approved with the proviso that the use should not commence until the pool area is decommissioned and fenced from the application site.”

Councillors voted by nine votes to three, with three abstentions, to approve the change of use to enable it to be used as a holiday let, although permission will only be granted upon completion of an acceptable unilateral undertaking.

The impressive Grade I listed stately home is owned by Liqun Peng, who is based in China, and last year, due to him having to spend the majority of his time overseas, put the property on the market for around £4m, but so far has found no buyers. It has spectacular views across the River Teign and one of its most attractive features is its spacious dining hall which has a stone floor and intricate wood panelling.