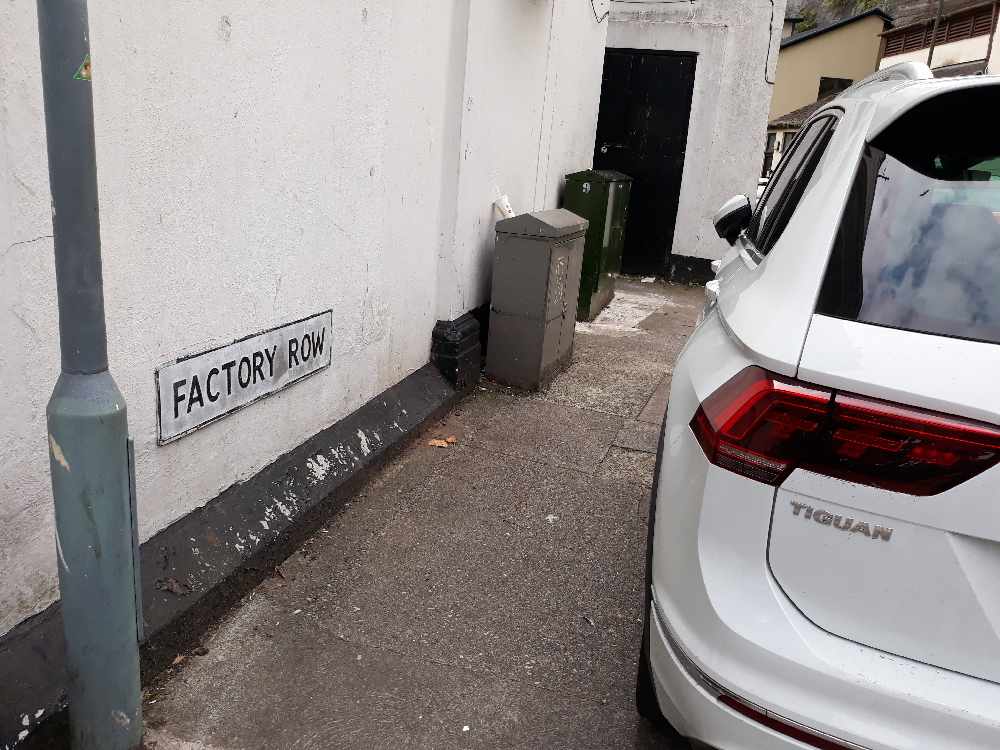 Factory Row, Torquay, location of the Leonard Stocks Centre, a hostel for the homeless

It is combining that with stronger action against “anti-social street activity” in Torquay town centre.

But the Friends of the Leonard Stocks Centre say it should be kept open at least for emergency 24-hour support which will still be needed.

The hostel in Factory Row, off Union Street near the town centre, was modernised in 2009 at a cost of £2m.

Its supporters believe there is a plan to close or relocate it because of claims it is a source of anti-social behaviour in the town centre.

The council decided in the summer to go ahead with the Housing First approach to homelessness, which puts people sleeping rough straight into a home in the community rather than a hostel or temporary accommodation.

The council is planning to work with private landlords and social housing providers to come up with the homes needed.

Relocating the hostel is one of the changes being considered under the new system.

Nick Pannell, chairman of the Friends of Factory Row, claimed closing the hostel at its current site, which has 32 beds for men and women, would leave a “dangerous gap” in services.

He said: “Housing First is a good idea but in Torbay the policy is entangled with a plan to close the hostel.

“Some people can be moved straight from the street into housing with minimum support (and that’s right for them) but there are many who are chaotic, typically with mental health problems, who need  24-hour support.

“This is the expertise which the hostel has and closing it will leave a dangerous gap in services which will put lives at risk.

“There is funding for the hostel until 2020 but we need to challenge this policy now to stop it becoming set in stone.

“The hostel in Factory Row has been saving lives on our streets for nearly 30 years, it was only 10 years ago that the hostel was re-built as the Leonard Stocks Centre with £2m of public money.

“A huge amount of charity donations continue to poor in from harvest festival produce to generous bequests.

“The community’s support for the hostel has made it a flagship project in the South West and the Friends will fight hard to save it.

“There is a discussion to be had about whether too many people with complex problems are now accommodated in Factory Row and the impact this has on the Castle Circus area.

“If Housing First is to be the way forward we say Leonard Stocks should be the front door for services and be retained for the 24-hour emergency accommodation.

“It can continue to be the base for medical help, severe weather provision and outreach services.

“This makes overwhelming sense as trying to create this elsewhere will just meet with strident opposition from residents in that area.”

Councillors were told in an update to a recent meeting of Torbay’s housing committee that funding is in place for up to three years to provide a support service and schemes to attract landlords to provide homes.

But a report to the committee said finding accommodation for Housing First clients was a “significant challenge”.

It said the council was in talks with Bournemouth Church Housing Association to develop a  bid for “move on funding” to house people leaving the streets or hostels.

A bid was also being prepared for funding to improve access to the private rented sector.

An application has gone in for Government cash for a Rapid Re-Housing scheme.

That would fund a worker to attract and support landlords, a phone app and website to advertise cheap rooms, two support workers and a resettlement worker for local prisons.

The housing team is approaching letting agents and landlords to offer enhanced deposits to house people with complex needs and is discussing access to accommodation from social housing providers.

The council is also looking at buying a property to be used as temporary accommodation.

The report said:  “Housing First is a service that works with the most entrenched rough sleepers with complex needs.

“The service involves supporting the person into a home in the community rather than a hostel/temporary accommodation, and providing non-time limited intensive support to them.

“The principle of no conditionality is also important – people are seen as entitled to housing whatever their situation is.”

The council has already been given funding for next year to pay for a rough sleeper co-ordinator, resettlement workers and outreach team.