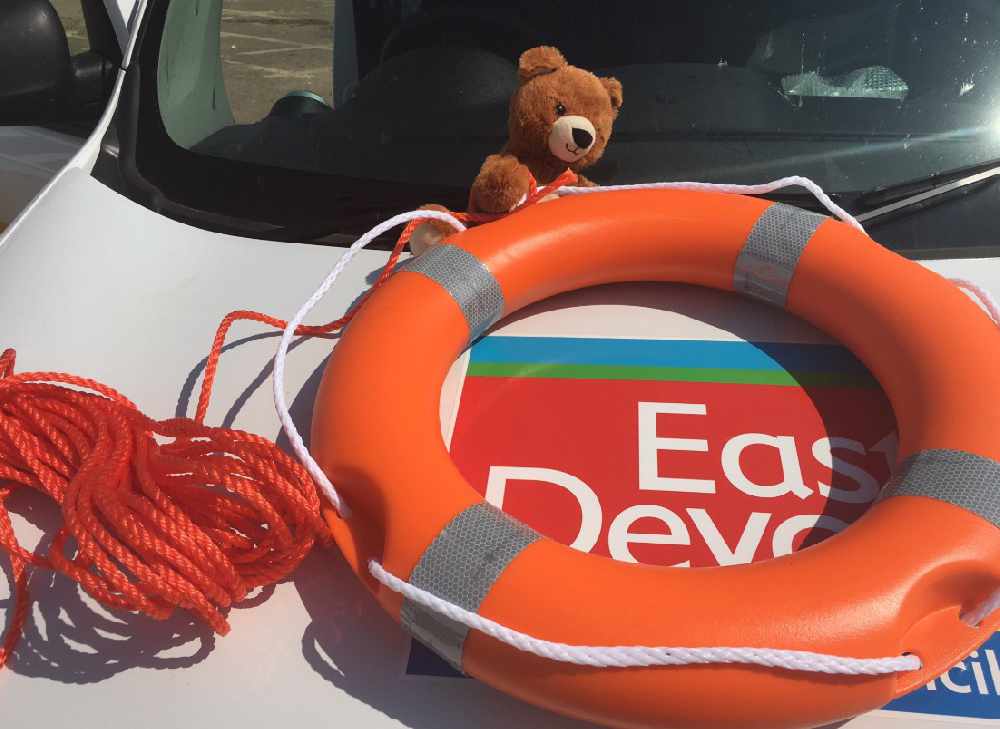 But he really wants to go home

He was found on Seaton beach on Good Friday by a beach officer, and there's been no sign of his owner. So until he can safely return home, he's been helping the council patrol. The officer's taken photos of him so he'll have a holiday album to take home, if he's ever claimed.

Posting on Twitter, East Devon District Council asked: “Has anyone’s child lost this little chap during essential exercise at Seaton beach? He’s safe and helping our beach officer with his patrol, but we’re sure he’d like to go home.”

Among his duties, he's helped with life rings checks on Exmouth seafront and he's helped patrol Dark Lane in Budleigh Salterton, "one of the many beautiful bits of the district encountered while working to keep everyone safe".

East Devon District Council’s beaches are still open for exercise, as are the council’s nature reserves, while the majority of its parks and gardens have now reopened following their initial closure.