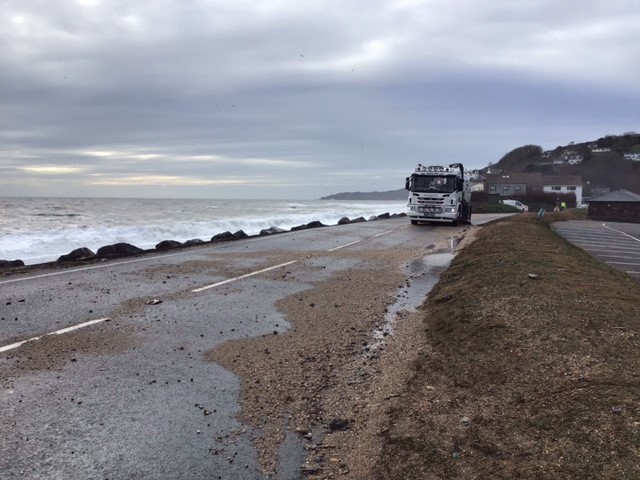 Emma and Imogen have previously hit A379. Now Darcey's on her way

The main A379 road at Slapton will remain closed until Monday morning in the hope it will survive the forecasted stormy conditions.

Storm Darcy has left the road covered in debris and Devon County Council’s highways teams have taken the decision to keep the road closed over the weekend as a precaution.

While there is currently no damage to the road, some beach protection has been washed away. Now there are worries that the high winds and waves set to hit the South Hams on Sunday could cause greater damage.

The A379 Slapton Line between Strete Gate and Torcross was washed away by Storm Emma in March 2018, and although repaired at a cost of £2.5 million, Devon County Council has admitted that the road is likely to be breached  again at some point.

Cllr Julian Brazil, who represents the Kingsbridge ward which includes Slapton and Beesands, said that they have all fingers crossed the breach won’t be this weekend. He said: “We are concerned about Sunday as the big tides and strong winds are set to come in then and the hope is the road will survive.

“We have fingers crossed that the road will be there and won’t be washed away when we open the curtains on Monday morning.

“The government won’t pay for it again to be repaired as it was a relatively recent breach so it would be hard to make the case that it is a value for money project, and there is no way that South Hams or Devon County Councils have the funds to pay for the repairs again.

“We all have to hope that it is safe but we have to be realistic that the line is likely to be lost and the road washed away at some point.”

Cllr Brazil added that the greatest damage had occurred at Beesands where and it is fortunate that sea defences had just been put in to protect the village green.

Following Storm Imogen in 2016, which saw part of the beach lost, South Hams District Council carried out works to the existing coastal defences at Beesands to maintain the level of defence and to extend their life span.

At the time, a number of stone baskets were buried in the village green to enable future erosion levels to be monitored, and just four years later, the baskets have now become exposed. 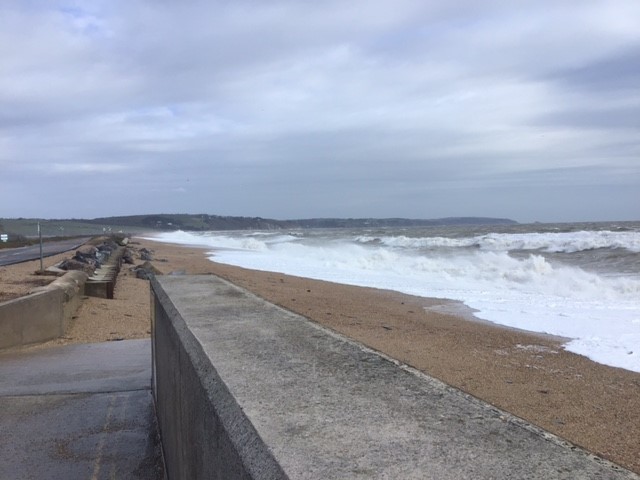 While no further external funding is available to support work in this location, South Hams District Council has taken the decision to fund a 70 metre extension of the existing defence situated in front of the village green. Work had just started.

He added: “At Beesands there is terrible damager. Fortunately we had just put in some sea defences as otherwise massive bits of the village green would have been washed away. It looks post-apocalyptic with stones and mud everywhere.”

Devon County Council had previously said that when the Slapton Line is lost the next time, it is highly likely that the remains of the A379 will abandoned and allow nature to take its course.

A study has shown that there is now no room left to move the road following the severe storm of 2018 which devastated 700m of the highway and made it necessary to move it up 20 metres closer to the edge of Slapton Ley. Though it is impossible to predict when damage will occur, sea level rise and changing weather patterns will lead to the road being increasingly at risk.

Land where the washed away and storm damaged Slapton Line used to run has already been given to the Whitley Wildlife Conservation Trust as it no longer is considered part of the highway.