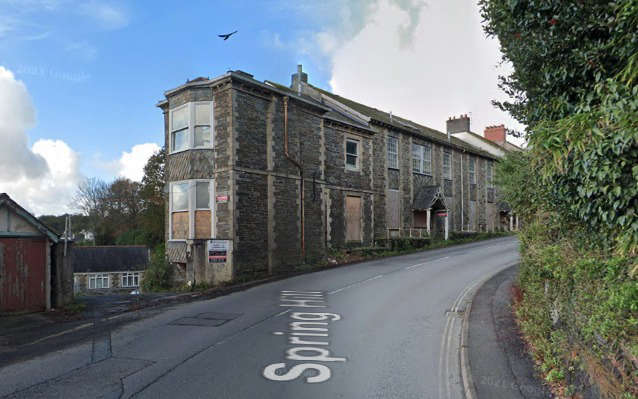 Plans for a purpose-built development in Tavistock to accommodate 11 homeless families have failed to get off the ground as the district council struggles to find a suitable contractor.

At a ‘hub’ committee meeting of West Devon Borough Council on Tuesday, members and officers discussed the project for numbers 1 and 2, Spring Hill, to the south west of Tavistock town centre.

Planning permission was approved in December to redevelop the site which is currently owned by the borough council. The project went out to tender in April with a deadline of Wednesday 8 June.

However, the council did not receive any submissions.

At the meeting, project manager for the council, Dan Field said the situation was disappointing but not unexpected.

He suggested the construction industry was facing many challenges with fuel prices, the availability of supplies and Brexit.

Further efforts to secure a contractor were also unsuccessful.  Although two potential builders came forward, one was only able to demolish the existing building without reconstructing, and the other was a smaller, local construction company that Mr Field suggested may have been nervous about spending money to bid for the project.

But councillors and officers argued the development, which is also backed by Tavistock Town Council, was important and should be pursued.

Although questions were asked about whether a delay in the project would cost the council money, it was explained that housing people in temporary accommodation around the town can be even more expensive.

Conservative member for Bere Ferrers, Cllr Peter Crozier said: “We also have another cost, and the cost is in providing third party accommodation.

“These rates have been rising rapidly over the last two years, so that can be pushed into the equation, which would help the costings.

“I think as soon as we can find a suitable contractor and as long as they’ve got a record, we should be negotiating hard with them.”

Mr Field insisted the situation was still positive and said: “We need to explore every avenue before we go ‘it’s simply too difficult’.”  Members of the hub committee agreed to note the latest developments.