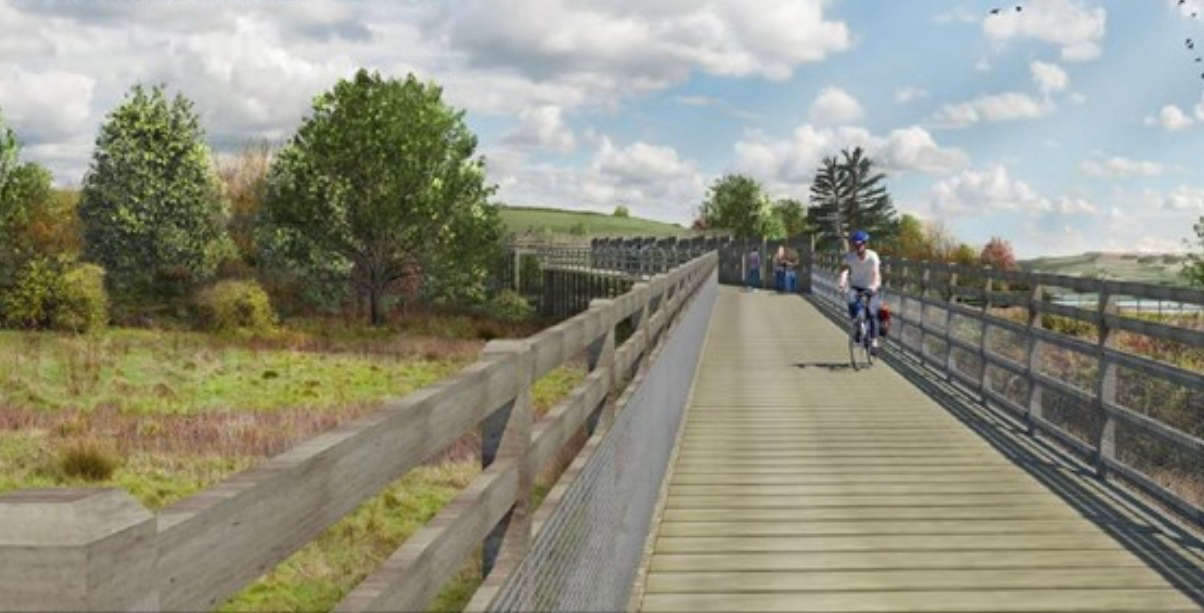 An extension to the Teign Estuary Trail in South Devon has been given the go-ahead.

The 5 km lengthening of the multi-use trail will be built from the Passage House Inn near Kingsteignton to Teignmouth and be accessible to walkers, cyclists and people in wheelchairs and using mobility scooters.

Devon County Council’s development management committee heard how the trail would “boost potential for additional visitor trips between Newton Abbot and Teignmouth,” benefitting retail and hospitality businesses in the towns along the way.

The approved extension helps fill the gap between the inn and Dawlish, where the path already connects to the Exe Estuary Trail linking Exeter to Exmouth.

The 5 km extension mostly takes in existing farmland but will also pass through marshland areas at Luxton’s Marsh and Flow Point County Wildlife sites where sections of boardwalk and viewing points will be constructed.

A new bridge will be built over Flow Lane and a subway developed under a bridge south west of Wear Farm Caravan Park.

The county council claims the scheme will deliver at least a 10 per cent net gain in biodiversity, with the creation of hedgerows, woodlands, grassland and the improvement of saltmarsh.

Councillor Stuart Hughes (Conservative, Sidmouth), cabinet member with responsibility for cycling said: “Delivering the Teign Estuary Trail has been an ambition of Devon County Council for many years.

“It is well supported as a key project for a number of authorities, including Teignbridge District Council and the parish and town councils in the local vicinity.”

“It is project for which we’ve been able to attract significant local support. A huge number of residents, cycle enthusiasts, walkers, business owners and visitors to the area have been flagging up significant need for the delivery of this route.”

He added a public consultation “demonstrated overwhelming support for the proposals from 92 per cent of respondents,” with the planning application receiving just one objection.

Councillor Ron Peart (Conservative, Kingsteignton and Teign Estuary) said he is “in full support [and furthermore]…there are many health benefits for families who would use this cycle route, and it will also boost the local economy.

“Tourists using the trail will visit local shops, pubs and cafes while enjoying the Teign Estuary and its wildlife.”

Teignbridge’s member for planning, Councillor Gary Taylor (Lib Dem, Dawlish South West), said: “As a walker and a keen cyclist I am delighted that this scheme is approved. The trail will provide a very important green infrastructure link which I know will be warmly welcomed by our local public and by those visiting the area.”