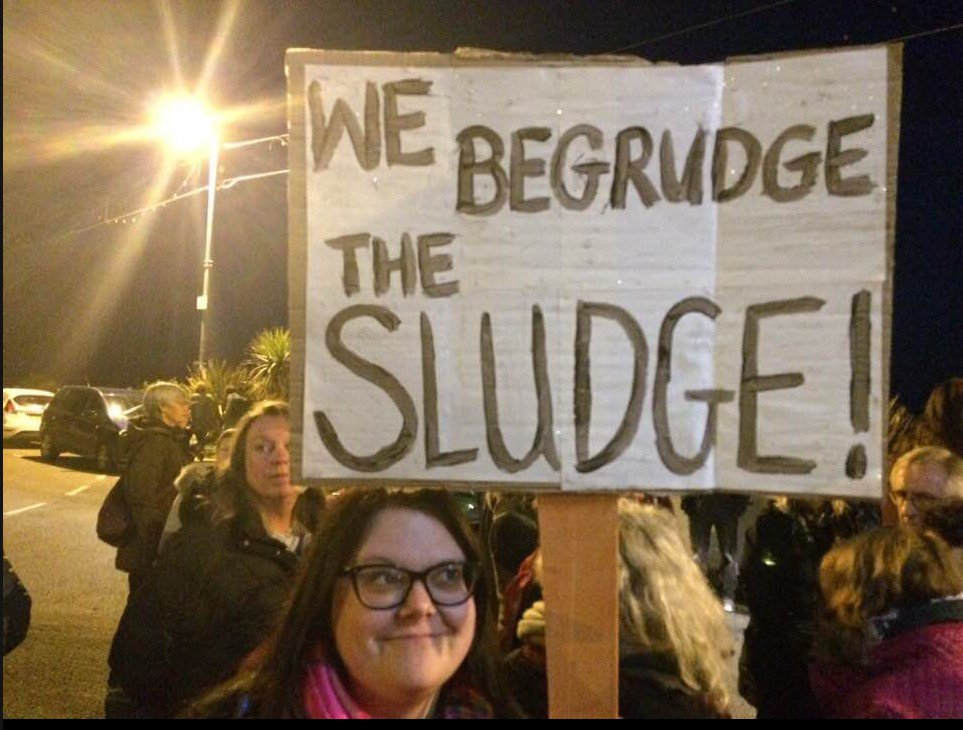 It comes from Exmouth Marina.

A licence to dump the spoil, dredged from Exmouth, off Sprey Point was suspended last year after black silt appeared on the town’s tourist beaches.

The Marine Maritime Organisation had granted a marine licence to Exmouth Marina for maintenance dredging and disposal of 10,000 tonnes of materials off Teignmouth, but they suspended it after the golden sands of the main beach in the Teignbridge town turned black once dumping began.

The licence remains suspended until April 19, 2019, and the MMO is now consulting on a revised application for a new licence.

Exmouth Marina’s revised licence application would see a 65 per cent reduction in the total allowable amount from 100,000 m3 to 36,000 m3, over the next 10 years and that no disposal will take place between February 1 and September 30 each year to minimise the aesthetic impact on the beach.

They say that the variation will reduce the risk of dredge disposal material being deposited on the tourist beaches but that as the silt is still coming in from the river, they do need to ‘do something about it as dredging is needed to maintain access to the boats in the marina’.

But Teignmouth Town Council has unanimously voted to oppose the dumping of dredged spoil off its shore and locals in the town are clear that it should be dumped somewhere else.

Cllr Peter Williams said: “They did this last year and it all went wrong, and we don’t want it to happen again. The beach is the livelihood for much of the town. It is not just very important for all the people who live and work in the town but for tourists as well, as when they come to the town, they don’t want to see the beach looking like a black rubbish dump.

“We think it is akin to emptying your bins in next door’s garden. There must be an alternative to this we think as you cannot control nature and I still don’t think we know that the black sludge from last year actually was.

“Around 150 people there last night from all walks of life and the response of the residents has been exceptional. We are all very concerned about this and as far as we are concerned, it must not happen.”

Cllr David Cox added: “There is nothing wrong with Sprey Point being a disposal point, but last year all the black sludge appeared. It had a greasy feel to it and it was horrible.

“Aesthetically it is not very pleasing for us as a holiday resort and we want to see it done further out to sea where it is less likely to end up on the beach.

“We don’t want the black sludge ending on the beach so we are opposing the renewal of the licence. The fact the licence would see less sludge dredged and only done in the winter is something, but we are a tourist destination and pictures of black beaches are not a good look for the town.”

Cllr Robert Phipps added that he would go out on his boat, as will others, and act as an armada to prevent the dredger from dumping. He added: “Public opinion is very, very, strong in Teignmouth about this and as far as we are concerned, it will only happen over our dead body.”

Public consultation on the proposals run until March 4, 2019.