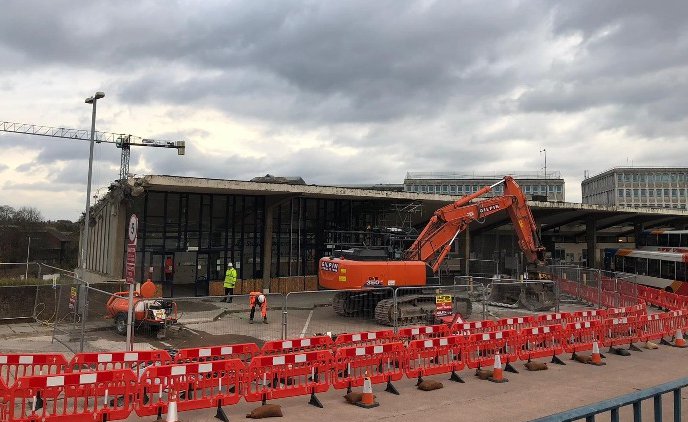 Plans are being developed to use the former bus station site in Exeter as a temporary market.

Work is nearing completion on the new £8 million bus station and now Exeter City Council leader Cllr Phil Bialyk has asked officers to look as whether the old site can be used as a market.

It would not be a replica existing shops in the city centre and could involve different themes every day to encourage people back into the city and support businesses.

At a city strategic scrutiny committee this week Cllr Bialyk said: “When we have all but completed the bus station and when it may be able to open, we will have a site that will be empty and belongs to us. There is a big apron on the bus station site, and I would like that site to be used as a possible temporary market.

“We have facilities there, electricity and water, and toilets as well, and it is our property so we need to look at how we can use that site in a temporary way.”

Long-term regeneration proposals for the site could include the relocating the civic centre into a new public sector hub and be replacing it with housing, a new office quarter, food, drink and retail outlets, as well as a new square and civic space in Paris Street. But while Cllr Bialyk said that discussions were being held, they were not at the stage to come forward.

Victoria Hatfield, growth and commercialisation manager at Exeter City Council said that the market wouldn’t just be something that the city council would run, but would have to work alongside the community. She said: “It has to be what people in the city want as there is no point having something that no-one wants to visit....The ideal scenario is to have enough space for something to have stalls under a temporary structure so the market stalls are kept dry, but the location has yet to be determined as we are working out where we have the space and how big we can go on this.”

Cllr Rob Hannaford said that he was a big supporter of markets, but historically Exeter has lost covered markets through evolution and said he hoped the council will find a suitably spacious area for the temporary market which doesn’t feel like an add-on.