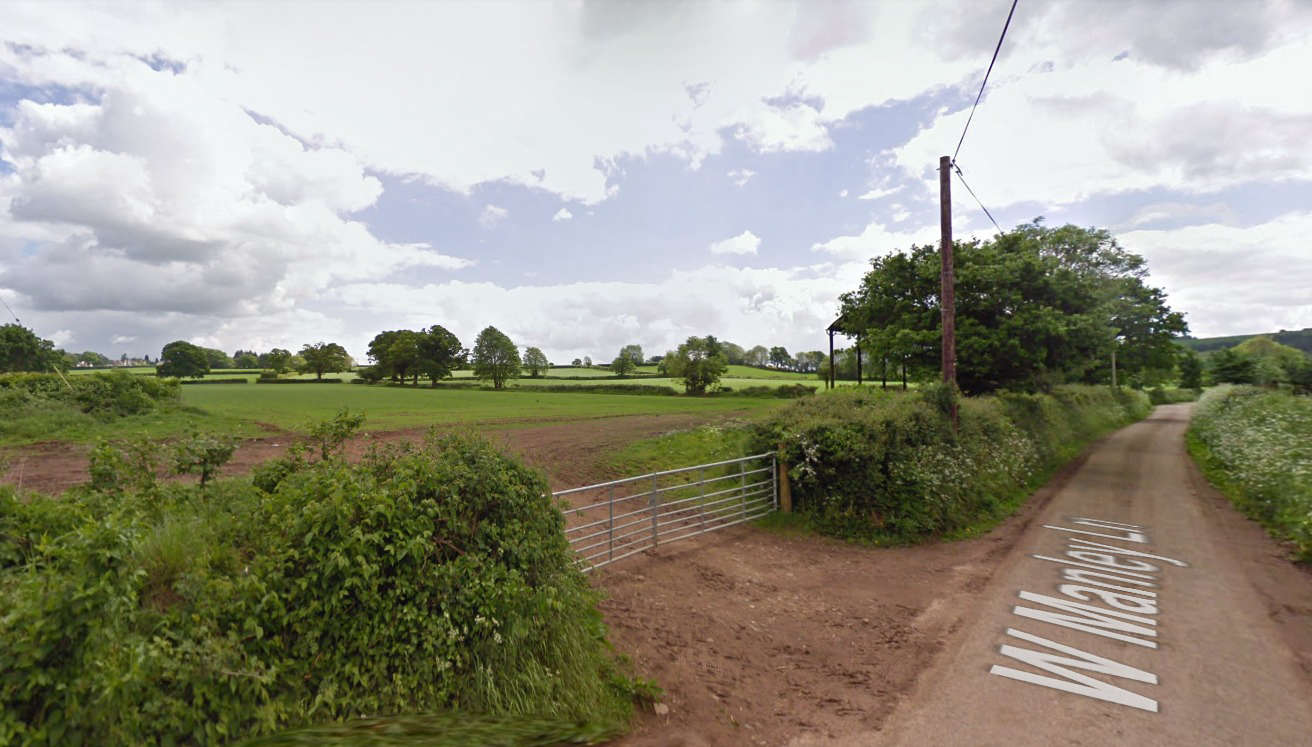 Detailed plans for 164 homes on the edge of Tiverton as part of the town’s expansion have finally been granted, despite a former police officer-turned-councillor expressing road safety concerns.

The approval for the development, at West Manley Lane and land on the opposite side of Blundell’s Road, comes four years since outline permission was granted. It forms the first part of the major urban extension to the east of the town.

Mid Devon District Council’s planning committee had failed to approve the final stage ‘reserved matters’ application (for specifics such as appearance, landscaping, layout and scale of the homes) on two previous occasions.

It was third time lucky for the revised Redrow Homes application at this week’s special meeting of the committee, though it only passed narrowly by six votes to four with some concerns remaining – mainly surround the future safety of Blundell’s Road.

The committee deferred a decision about the development twice last year, despite officers recommending its approval. In the hope of appeasing councillors, Redrow agreed to increase visitors parking and landscape planting.

Alterations had already been made previously to put in an extra play area, more electric vehicle charging points, two bungalows and some height reductions to better protect views.

The site had previously been the subject of a wider application as part of construction of a mixed-use development for Tiverton’s eastern extension. This includes 700 homes, 22,000 square metres of employment land, a care home, primary school and neighbourhood centre with associated access onto Blundell’s Road.

In addition, approval was given last summer for a ‘spine road’ providing access to the proposed development, along with potential future housing sites to the south.

One of the public objectors to the plan said councillors were “setting a precedent” with the first development of the extension, and it “doesn’t at present enhance Tiverton one bit.” Another complained one of the playgrounds was located too close to Blundell’s Road.

The safety concerns were echoed strongly by two councillors, with uncertainty surrounding crossings for roads near the development. Councillor Barry Warren (Independent, Lower Culm), a former police officer, said: “This bothers me.”

“It’s brought back a memory to me. My first day as a police constable, I had to put a 13-year-old child in a bodybag – they’d got killed crossing the road in Barnstaple, so I am very mindful of this.”

A Devon County Council officer told the committee the exact designs for the area’s new road safety scheme, which will need to factor in a new roundabout, were still being worked out and would be discussed before being finalised.

But Councillor Graeme Barnell (Lib Dem, Newbrooke) was dissatisfied, citing a lack of certainty in providing controlled crossings near the development, and said 20 mph zones “don’t mitigate the problems associated with large amounts of family housing next to arterial highways.”

He added: “I think that it’s important we get this right. Important that we get a commitment from the county council to engage locally on these issues, and until then, I’m not prepared to support this application.”

Recommending approval, Richard Marsh, the council’s director of place, reminded members of the council’s housing targets, and that “any shortfalls here will ultimately result in the need to develop or allocate houses elsewhere.”

He said the scheme was of a “high standard” and had “gone beyond the requirements in many areas.” Mr Marsh added the development had been reduced from the initial approval of up to 243 homes and would likely lead to an appeal if permission wasn’t given.

Councillor Polly Colthorpe (Conservative, Way ward), in backing approval, said: “This application has been to and fro. We have looked at it, we have asked for improvements, we have got some – those which can be managed,” adding that some conditions had also been proposed to some details, including the use of natural stone.

Councillor Ron Dolley (Independent, West Exe) took a philosophical view given initial approval was already in place: “It’s been said that the London planning authority did more damage than the Luftwaffe. Well, in years to come, Tiverton – or whatever the conurbation will be called then – may wonder about the legacy we’ve handed down, but it’s been done.”

Members of the committee approved the reserve matters application by six votes to four, paving the way for development.