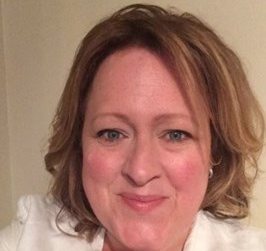 Torbay-educated Anne-Marie Bond has been confirmed as the new £145,000-a-year chief executive of Torbay Council.

Ms Bond took over as interim chief executive last summer and took charge of the authority’s response to the Covid-19 pandemic.

Councillors praised her professionalism and leadership and said there had already been significant improvements in services.

The council, run by a partnership of Independents and Liberal Democrats, voted unanimously in favour of a recommendation from the employment committee to appoint her after a recruitment process which started in the new year.

The unitary authority has around 1,000 employees and runs services including planning, education, transport, social care and waste collection, with annual spending of around £115million.

Ms Bond, a qualified solicitor, was previously the director of corporate services, and councillors heard she had been educated in Torbay. She joined Torbay Council in 1999 from Plymouth City Council.

Council leader Steve Darling said he had worked with her in power and in opposition and found she was “straight down the line”.

The Liberal Democrat said Ms Bond had been praised for her part in supporting improvements in the council’s children’s services, previously rated as ‘inadequate’ but now seeing major progress.

Cllr Darling said she brought a “collegiate” approach by encouraging teams to work together.

Her appointment showed how people could work their way up through the council to the top.

Cllr Thomas said: “We often talk about the glass ceiling, I think Anne-Marie Bond has absolutely shattered any conception of a glass ceiling here at Torbay Council.”

The council voted unanimously at a meeting on Wednesday night to appoint her as chief executive and head of paid service from April 1, on a salary of £145,000 based on a 37-hour week, and for Amanda Barlow, head of legal services, to continue as interim monitoring officer.