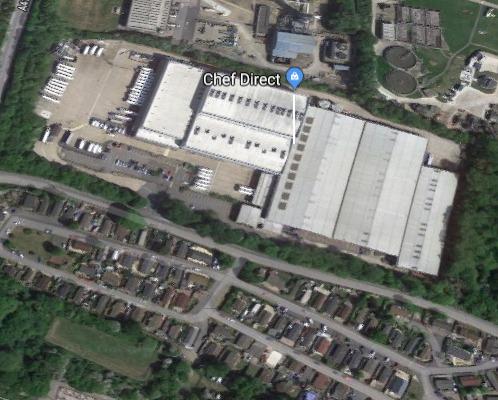 The authority is investing in a number of properties.

The purchase of the chilled and frozen distribution centre 150 miles away at Didcot is the latest addition to the council’s commercial property holdings.

The council has also recently completed a £1.7m deal to buy the Crown Records warehouse on the Marsh Barton industrial estate at Exeter.

Its investment policy is funded by low-cost borrowing and is designed to produce a surplus which provides extra income for council services.

This year the council decided to increase its borrowing fund to £300m which should bring in an extra £5m a year.

The Chef Direct deal alone is expected to produce to £800,000 a year income for the council, which is facing a spending freeze for the second year in a row.

The council has seen its funding from central government drop by £30m to £6m over the last six years.

It is having to make extra savings this year to avoid a predicted overspend of £4m driven by extra costs for children’s social care.

Meanwhile the council is setting up a separate £100m fund to invest in regeneration projects in Torbay, and a £25m fund to build more affordable homes in the area.

A partnership of Liberal Democrats and Independents took control after elections in May with a pledge to tackle poverty and deprivation.

The council’s £15m investment in a new warehouse for Amazon near Exeter proved controversial after questions were raised over the internet giant’s employment practices, tax payment record and impact on high streets.

The council has countered criticism of investment outside its area by pointing out the extra income is funding vital services, and by setting up the dedicated £100m fund to support projects within  Torbay.

Last year the council invested in six properties: offices at Woodwater House in Exeter and Twyver House in Gloucester, The Range in Babbacombe, a factory producing pasties in Bodmin, the Amazon depot at Exeter and a Travelodge in Chippenham.