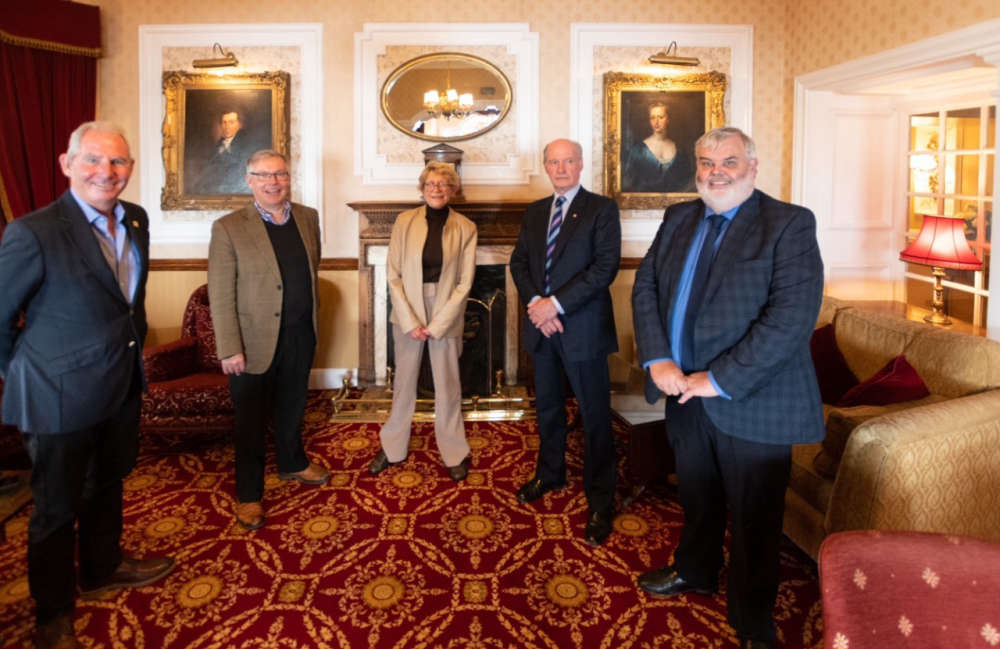 How steep is that carpet? (courtesy: Jay Richardson)

Torbay’s Tories have unveiled their first-ever shadow cabinet, a group that aims to give opposition councillors more opportunities to scrutinise the Liberal Democrat and Independent coalition currently in power.

The creation of the shadow cabinet follows change to Torbay Council’s constitution.

It will be headed by the leader of Torbay’s Conservative group David Thomas, who will also shadow spatial planning, transformation and customer services.

Councillors taking the remaining shadow cabinet positions, who are all Conservatives, are:

Councillor Thomas hopes the team will lead the party’s campaign to win the local elections in the Bay in 2023.

Speaking before the launch on Thursday Mr Thomas said:  “Obviously we have no power, but it does give us an opportunity to get an early heads up on things coming down the line.

“A bit more horizon-viewing, I would call it.”

“It’s all about building relationships with officers and it’ll take a couple of months for us to get in a position when we can see things coming down the horizon.”

Leader of Torbay Council Liberal Democrat Steve Darling said: “I am surprised that it has taken the Conservatives opposition two years to establish what many oppositions would have implemented from day one post an election.

“An opposition that is appropriately organised and challenging can only foster good decision-making in Torbay.”