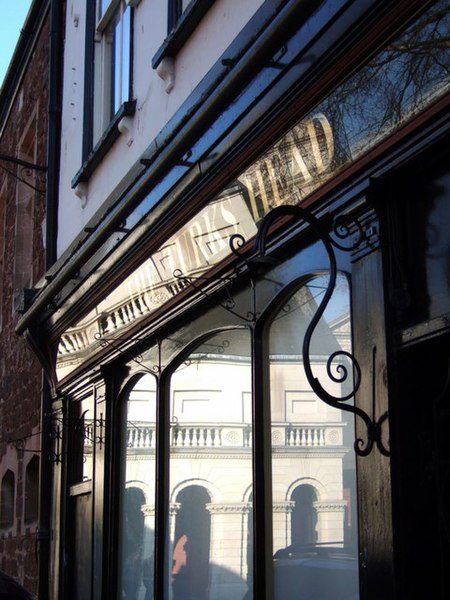 One of Exeter’s oldest pubs could reopen, after plans to transform its exterior back to its historic heyday were submitted to the city council.

The City Pub Group, which is owned by the father of reality show Made In Chelsea’s Tiff and Lucy Watson, Clive Watson, have been granted planning permission to convert 202 High Street in Exeter back into a pub.

Historically the building was a public house – the Turks Head –but following its closures in 2005, it was turned into a ‘Prezzo’ Italian restaurant. However, that closed in 2018. Now the City Pub Group want to replace signage and make minor external alterations to support the building’s historic use.

In their application to Exeter City Council planners, they propose to replace the existing high-level fascia sign with new copper letters spelling ‘The Turks Head’ at a lower level and to replicate the 1930s' signage.

A new illuminated A3 sized menu board to the front of the building would also be proposed, as would replacing the existing lantern over the entrance door with a new copper lantern. At the back, the existing glass fascia would be replaced with a new timber fascia board, painted black and include ‘The Turks Head’ in copper letters and two Turks Head logos either side.

A statement with the application adds: “More generally, it is also proposed to clean, repair and ‘make good’ the existing 20th century shopfronts, which have been altered on a number of previous occasions. There will be no loss of historic fabric and the proposals will provide a more active and interesting frontage, contributing to the strong historic streetscape along the two streets. There would be no adverse impacts on the character of the listed building or surrounding heritage assets as a result of the proposals.

Exeter planners will consider the new application in due course.