Paignton travellers to be evicted 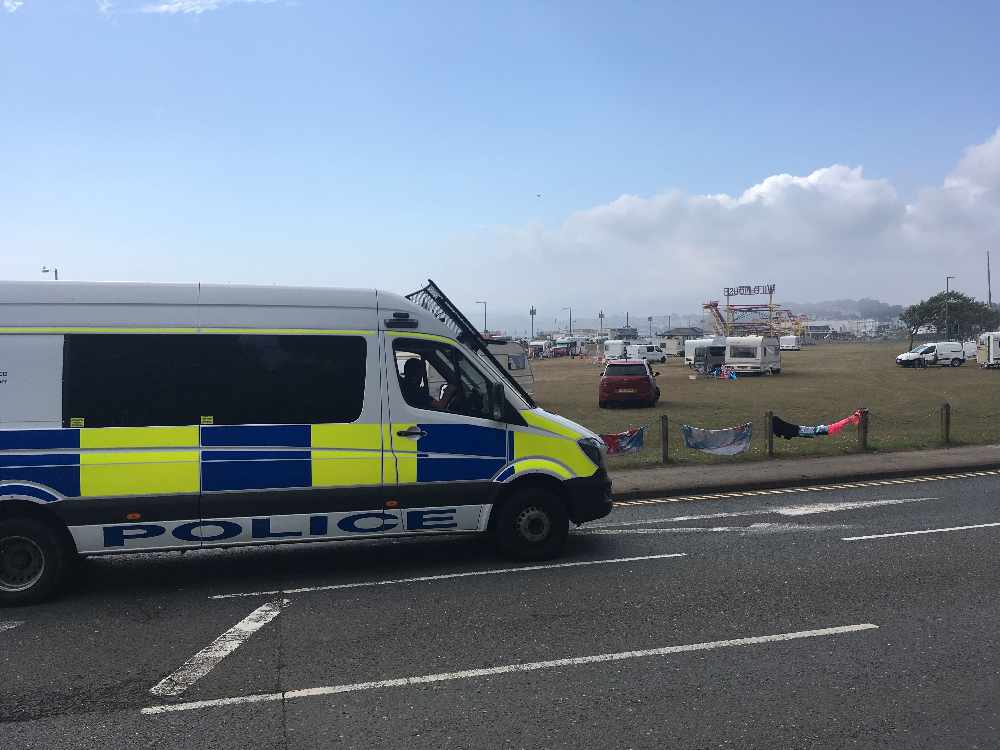 It's the second time the spot has been used this year.

Torbay Council is seeking an urgent court hearing to evict a group of travellers from Paignton seafront at the peak of the holiday season.

Residents have turned to social media to complain about the encampment, which by Thursday had more than 20 vehicles and caravans spread across a large section of the grassed area behind the beach.

Torbay Council is asking for the legal process to obtain a possession order to be speeded up because of allegations of anti-social behaviour connected with the group.

The formal process to respond to unauthorised camps on council-owned land can take several days and legal action could also be affected by delays in the court system due to the coronavirus pandemic.

If the council had a temporary transit site in place, the police would be able to move the group within 24 hours. But with no alternative site, the council has to follow the lengthier process of carrying out health, education and welfare assessments before applying to the court for eviction.

It is the second time this year that travellers have stopped on Paignton Green.  Groups have also been reported in Paignton on White Rock playing fields, the Torbay Leisure Centre car park and on King George playing fields in Torquay.

Residents have complained about the loss of use of public open spaces and the cost of clean-ups.

He said it was better to seek a long-term solution by creating a temporary transit site, which would allow police to use powers to move on an unauthorised encampment quickly.

Cllr Darling said Paignton Green had not had a funfair this year so that the space could be used for social distancing when the seafront gets busy, but that had created an “open goal” for the travellers.

The council leader said the authority was continuing the search to find a temporary stopping place which was a better solution than short-term spending on barriers.

Cllr Darling said the group had told the police they were planning to stay on Paignton Green.

He said: “We are getting a lot of pressure to turn into ‘Fortress Torbay’ after the worst year ever for travellers – putting barriers in place and boulders.

“That is in reality money wasted. What we need is a long-term solution that actually gets us a site that the police can proactively move them towards.”

The council leader said several transit sites had been considered along the Torbay ring-road, but owners had refused to sell the land.

He said the council was putting out a fresh call for suitable land that could be used for a temporary stopping place.

Cllr Darling said using space in a council-owned car park had been ruled out because it would not improve the current position by putting travellers in Torbay’s “shop window” during the tourism season.

The council leader urged residents not to take up the offer of house clearance or gardening services from door-to-door callers unless it was from a reputable business.

Cllr Karen Kennedy, who represents Churston with Galmpton, has been involved in the search for a temporary site.

She said: “I’m frustrated that the process has been exceedingly slow. We are 18 months down the road and have not been able to set up a temporary stopping site.”

A council committee meeting in February heard that three locations for a transit site were investigated and ruled out, but the search was ongoing.

Cllr Kennedy said then she had hoped a temporary stop-off place would be in place by April.

The Conservative councillor said a site would ensure travellers’ rights were protected without coming into conflict with residents and tourists.

The Government advised councils to consider steps to protect gipsy and traveller communities by providing temporary facilities such as water and toilets due to the lack of facilities because of the coronavirus lockdown.

It is understood the parking area at Gallows Gate off the Torbay ring-road at Torquay was suggested as an option for a temporary site but was not progressed.

In Plymouth, the city council has designated Prince Rock playing fields on Embankment Road as a temporary stopping site for gypsy, Roma and traveller communities.