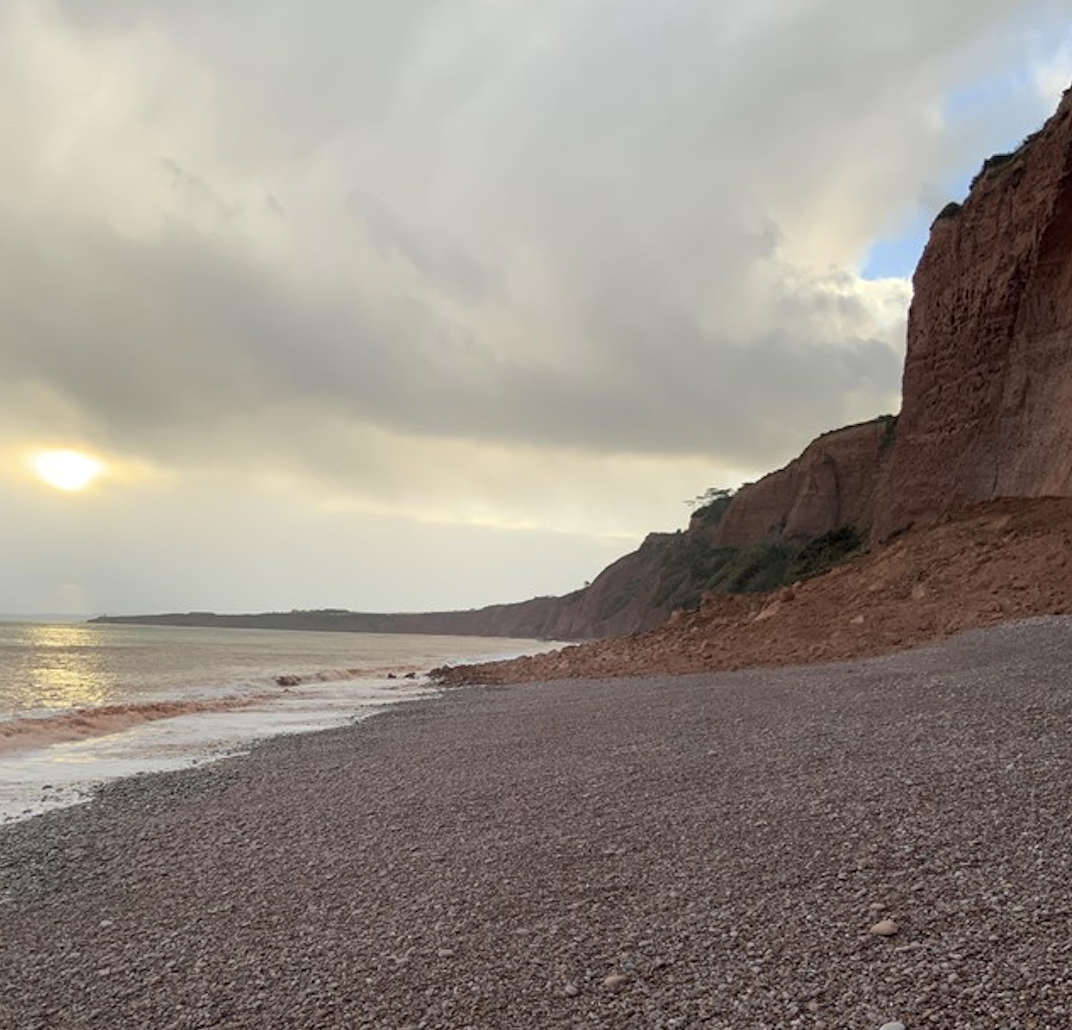 A stretch of coastline around Budleigh Salterton in East Devon is at "significant risk" of rock fall as storm Barra heads in.

A large amount of rock fell away on Monday, not long after the Met Office issued a severe weather warning for the region.

People have been warned of the dangers. The area has suffered a number of serious rock falls in the past few years.

In a statement, East Devon District Council said:  “We are aware of a substantial rock fall that took place in Budleigh Salterton, covering the whole beach area nearest to Jubilee Park, today (6 December) at around 2pm. We have already inspected the top of the cliff, and once the storm has passed we will be sending engineers to inspect the area further.

“There is a significant risk of further rock fall as there are some very large cracks that have appeared. We would like to warn residents to please stay clear of the cliffs.

“The risk of cliff falls is well signed in this area, so members of the public need to adhere to warnings.

“Cliff falls are a natural and unpredictable occurrence along the East Devon coast, this is because the rock from which the cliffs are formed is soft and therefore prone to rock falls and landslides, which can happen at any time, although heavy rainfall can trigger incidences.

“We recommend that people enjoy East Devon cliffs from a distance and do not climb or sit directly beneath them. Please always follow the warning signs.”