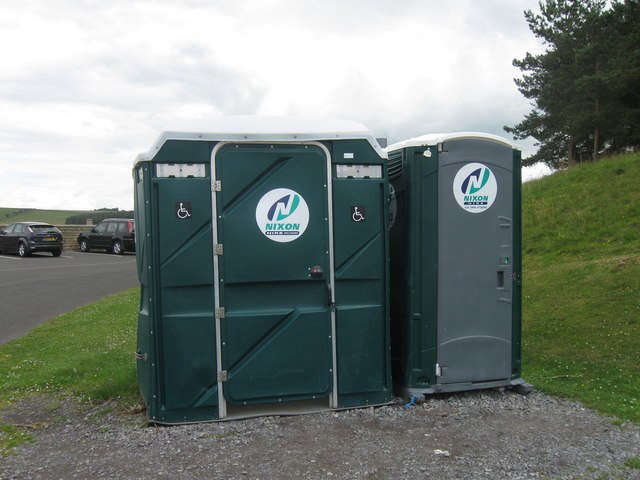 When you've got to go (file image courtesy: Alex McGregor/Geograph)

There may be problems with sewage flowing into the waterways, and some households not being able to use their lavatories for up to 60 hours at a time, but South West Water has the answer. They may lend you a portaloo.

That’s the offer the westcountry water company has made to some households in East Devon affected by sewage issues.

But the company has been criticised for its ‘nineteenth century solution’ to residents of Clyst St Mary.

The village has flooded with sewage 11 times this year, and two and a half days without being able to use the loo has left some people distinctly unimpressed.

South West Water wrote to Bishops Clyst Parish Council earlier this month, asking them to send a list of properties that have been left without flushable toilets because of problems with the sewers. The company promised to provide portable “camping-like” toilets as a short-term solution.

East Devon District Councillor Mike Howe (Conservative, Clyst Valley) said: “It’s hard to believe in a modern society…If it was the 1800s you’d sort of understand it. I struggle to understand it in this day and age.”

Cllr Howe also wants all development in the West End of East Devon, which includes Cranbrook, to be halted until South West Water sorts out the sewage problems.

The firm often finds it difficult to keep up with demand, leading to sewage dumps and flooding – with 42,000 raw sewage discharges in 2020 alone.

In a letter to Bishops Clyst Parish Council, South West Water engineering director Matt Crabtree said: “We would like to apologise to customers in Clyst St Mary who have been impacted by drainage issues. We are continuing to investigate the cause of the issue and have been making a number of improvements to the sewer network and to the Clyst Honiton pumping station, as well as adding and moving monitors to help trace the root causes.

“We are committed to delivering a permanent solution which will involve detailed works and upgrades to our network. These repairs will be extensive and will cause disruption to the area and because of this, we want to be absolutely sure that we have traced the cause to deliver the right permanent solution for the community.”

On Air Now Music Marathon Playing How Do You Do! Roxette
On Air