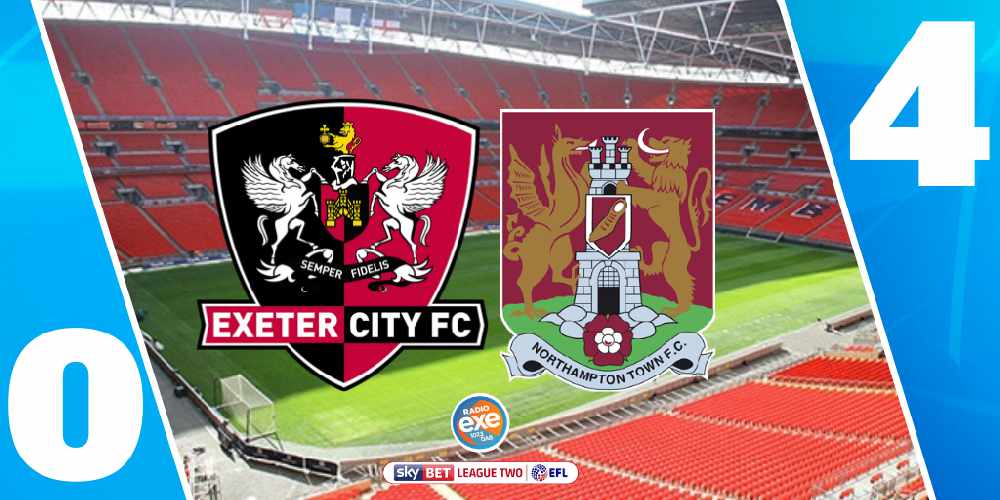 For the third time in four seasons, Exeter City lose their play-off final at Wembley.

The Grecians, who will now play in League Two for the ninth consecutive season, fell to a catastrophic 4-0 defeat against Northampton Town.

The damage was inflicted in the first half. Ryan Watson’s deflected shot outside the box gave Northampton the lead within 10 minutes before Callum Morton doubled the cobbler’s advantage giving them a 2-0 lead at half time.

Exeter could’ve been four goals down before the break if it wasn’t for the brilliance of Jonny Maxted. City’s number one pulled off a handful of classy saves to give his side a glimmer of hope in the second half.

However, that small glimmer of hope swiftly turned into despair when a frustrated Dean Moxey received a straight red card. The experienced defender took his anger out on Ryan Watson with a two footed sliding tackle.

Wirth their tales up, Northampton ran riot late on. Sam Hoskins scored in the 80th minute before Andy Williams netted a fourth in injury time.