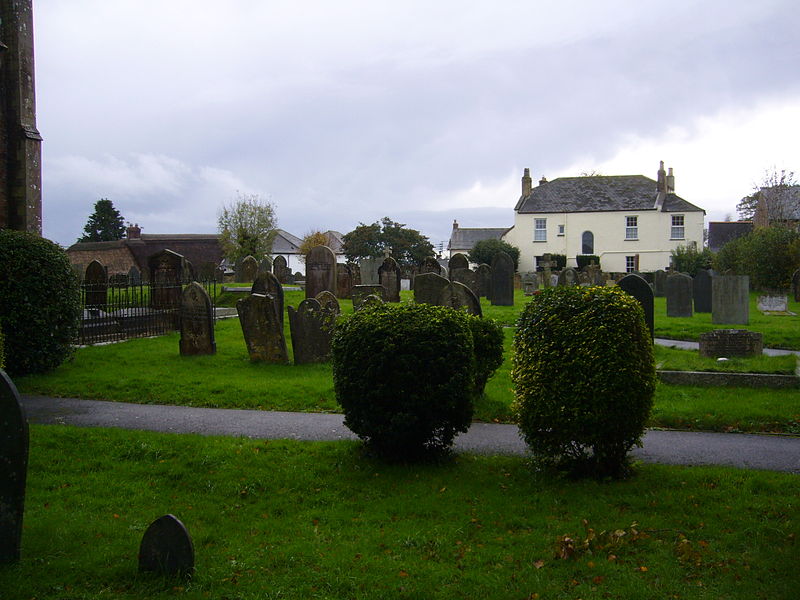 But just a little bit

A Devon village once named the best place in England to raise a family has outlined how it wants to take control of its destiny.

Winkleigh, located in Torridge and between Dartmoor and Exmoor, topped a list in 2011 that looked at schools, crime, amenities, affordable homes, local birth rates, as well as the amount of green space. The village was recorded in the Domesday Book and had its annual fair chartered back in 1262.

Now villagers have come up with a plan to ensure the parish remains an inclusive, economically sustainable community, contributes to an improved quality of life, and has its valuable heritage and environment protected.

The Winkleigh Neighbourhood Plan addresses the challenge of enabling Winkleigh to build on its environmental assets, its history and heritage, while delivering sustainable economic and social opportunities for local people.

The plan also embraces the hamlet of Hollocombe to the north. It says that the design and layout of any new development should prioritise movement of walking and cycling, then public transport and finally, private motorised transport, while new developments that add to traffic and parking congestion will not be supported unless the impact can be mitigated.

Consultation on the plan ends on 14 May.

Community feedback suggests that a key issue for the parish was to ensure that development does not erode the biodiversity, habitats, landscapes and character of the environment and that assets of local value and interest are protected, enhanced and sensitively managed. Any development in the conservation area and the traditional village core of Winkleigh should respect and have regards to the established settlement form and respect the setting and character of the area and any nearby listed building, the plans continues. Where appropriate, developers will be expected to provide publically accessible vehicle charging points.

Large scale development was only supported by three per cent of respondents to the initial Neighbourhood Plan consolation, with the majority favouring sites of less than 15 homes, but outline planning permission for schemes at Eggesford Road (23 unites), Townsend Farm (55 units) and the Kingsley Plastics site (70 units) have already been granted.

The North Devon and Torridge Local Plan expects to see an increase of around 10 per cent in housing numbers in Winkleigh up until 2031, but the parish council are only supported a more modest growth of five per cent.

The Neighbourhood Plan says that development here will be supported if there are vehicle charging points in the car park, safe links to the village, pedestrian movement within the site is prioritised, and that an accessible open space for the whole community is a central feature of the new development.

The plan says that Winkleigh has a thriving community life with a good range of groups, societies and organised activities that bring people together, mainly focused around the Village Hall, the Community Centre and the Sports Centre, although the church also holds importance.

While the plan hopes to retain the three main community buildings, if this proves unsustainable or there is no longer a need for them in their current form, any future uses of the land should demonstrate community benefits.

The plan also hopes to increase access to the countryside, saying that ironically for a community nestled in the countryside, access to walks and green spaces is restricted as there are few communal outdoor areas, no parks, and particularly in Winkleigh village, poor access to public right of way or bridle paths.

The plan aims to improve the level and variety of employment, to improve skills levels, promote a mixed economy, support measures to improve the effectiveness and vibrancy of the village’s retail businesses and encourage local spending, and the promote the potential of Winkleigh for sustainable tourism and countryside recreation.

Appropriate development at Winkleigh Airfiled, recognising its potential for employment and environmental enhancement, is also an objective the plan supports.

The plan says that Winkleigh’s location means that residents have to travel in all directions for work, service, leisure and other activities, and that they also drive to the village for shopping, the school and other facilities. There is no public transport to Chulmleigh, where the health centre and secondary school are based, nor the nearby rail stations at Eggesword or Morchard Road.

Objectives of transport, travel and movement in the plan involved placing pedestrians and cyclists at the heart of future plans and the reduce traffic speed by examining how village gateways and rat-runs can be modified to slow traffic and signal the village environment, such as realigning carriageways, traffic calming measures, and signage.

Pedestrian networks and new walking and cycling routes to key services, and between neighbourhood and to the open countryside, are to be improved, the Plan hopes.

The design and layout of any new development should prioritise movement of walking and cycling, then public transport, and finally, private motorised transport, while new developments that add to traffic and parking congestion will not be supported unless the impact can be successfully mitigated.