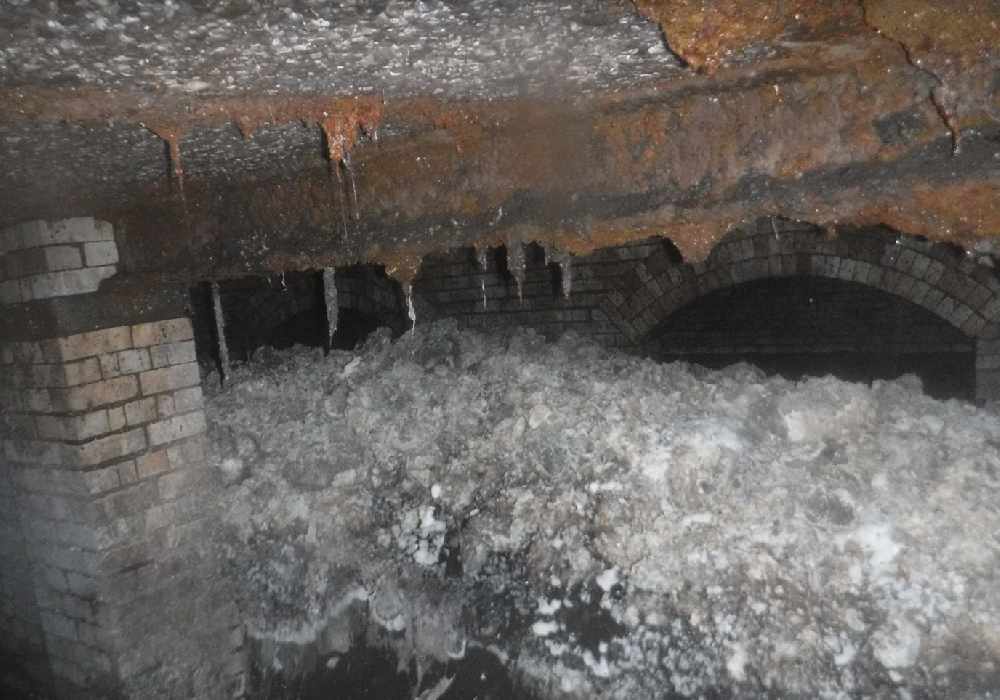 It's taken nearly 8 weeks to clear

The 64-metre mass of congealed, fat, oil and wet wipes, was discovered by South West Water under The Esplanade in Sidmouth just before Christmas.

For the last eight weeks, workers have been winched into the sewer via a manhole, and for the first few days needed to wear full breathing apparatus because of dangerous gases in the pipe.

They've used specialist jetting equipment and manual labour to break up the fatberg before it was loaded onto tankers.

The fatberg was taken to a local sewage treatment works where it was fed into the anaerobic digester and produced energy to power the plant.

📽️ WATCH: #Sidmouth's fatberg has gone! Staff have worked for 8 weeks to remove 36 tanker loads of congealed, fat, oil and wet wipes from under The Esplanade.

South West Water’s Director of Wastewater, Andrew Roantree, said: “Firstly, I’d like to say a huge thank you to the team for all their hard work and to the people of Sidmouth for their patience during the fatberg’s removal.

“The Sidmouth fatberg is the largest discovered in our service history, and illustrates how this key environmental issue is not just facing the UK’s biggest cities but our coastal towns as well.

“The fatberg has made headlines all over the world, and we really hope that this will help everyone to remember to only flush the 3Ps – pee, paper and poo – down the loo and to dispose of fat, oil and grease in the bin not down the sink.”

Dedicated ‘Love Your Loo’ advisers from South West Water have been on hand in the town, firstly in a pop-up shop on the High Street and then at the library and swimming pool, to answer residents’ questions about the fatberg and what should and shouldn’t be flushed.

Over the next couple of weeks advisers will also be visiting hotels, restaurants, cafes and takeaways to offer advice to businesses on the best ways of disposing of fat, oil and grease.

Andrew added: “Although not on the same scale as the Sidmouth fatberg, we deal with around 8,500 blocked sewers every year, which costs about £4.5million to clear and adds to bills.

“Most of these blockages are caused by people inappropriately flushing baby wipes, hygiene wipes, cleaning wipes, cleansing pads and sanitary products which do not break down in the same way as toilet paper and get glued together by fat, oil and grease poured down drains.

“Thankfully the Sidmouth fatberg has now gone but we’ll need the help of the people of Sidmouth to make sure it never returns.”